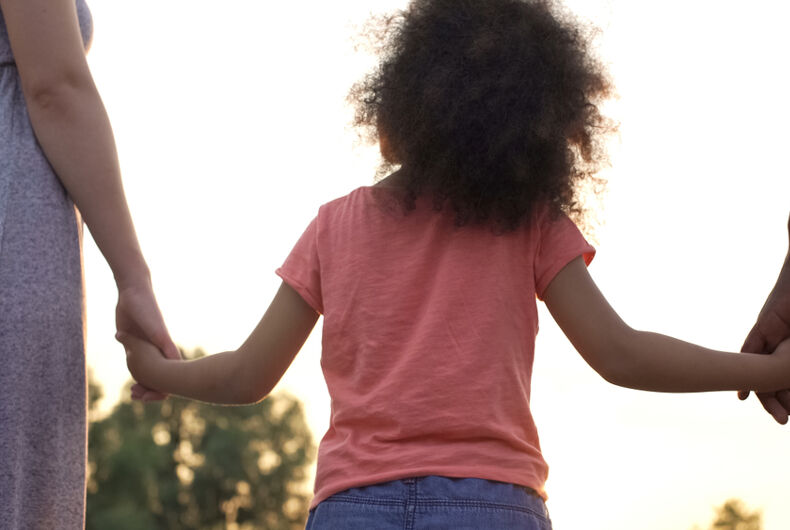 A couple who allowed their four-year-old to wear a girl’s uniform to school were accused of abusing the child by social workers, but the judge who heard the case wouldn’t entertain the idea. The family advocates council had asked the judge to “immediately remove” the girl and her siblings from the home.

Social workers claimed that the couple were too quick to recognize their child’s repeated statements about being a girl, saying they had “actively encouraged” the child and “acted in a precipitate manner in relation to perceived gender dysphoria.”

While the council withdrew their complaint after experts issued a glowing report on their parenting skills, but the couple sought exoneration from the court, saying there was “a cloud of suspicion” hanging over them.

Related: How improv helped this ‘Whose Line Is It Anyway?’ star accept his trans child

After hearing from a gender specialist who declared the girl’s “gender related presentation was consistent with a diagnosis of gender dysphoria,” he exonerated the couple.

She “clearly identified herself as a girl” and “appeared to be a content, alert and socially engaged little girl,” according to the unnamed specialist.

The judge said the little girl wasn’t harmed by a “complete transition into a female occurring at a very young age. The evidence demonstrates to the contrary, this was likely to minimize any harm or risk of harm.”

“The evidence does not support the contention that it was actively encouraged rather than appropriately supported.”

Saying it was “overwhelmingly obvious” the couple are good parents, the judge blasted the social workers for their “role in how these proceedings came about.”

“It is self-evident that it is not in the children’s welfare interests for these proceedings to continue any further,” he said as he issued his ruling. “The lives of this family should now proceed on the basis that those concerns were comprehensively dispelled.”

Conservatives got triggered by a Mothers Day commercial from Chips Ahoy!