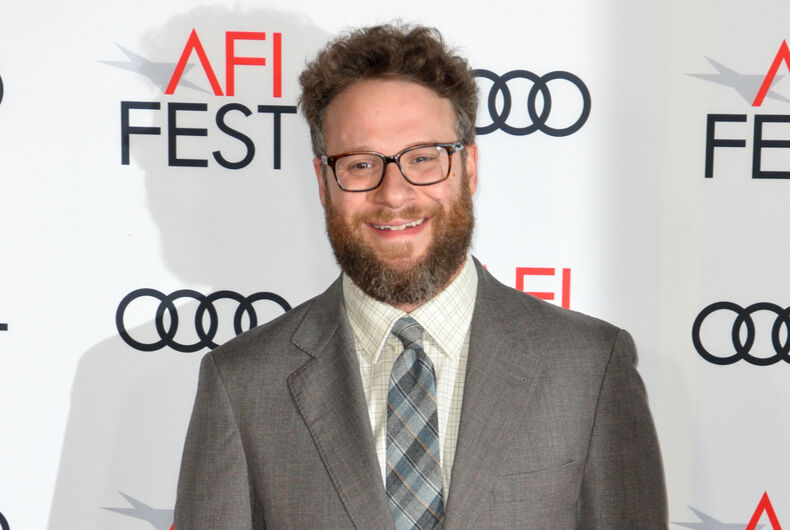 In one of his first big breaks in Hollywood, “The 40-Year-Old Virgin”, Seth Rogen went into an ad-libbed conversation with co-star Paul Rudd about how they knew each other were gay, often times delving into homophobic stereotypes. Perhaps buoyed by the popularity of that moment, the duo reprised the sequence in Rogen’s next film, “Knocked Up.”

Now, in the current issue of GQ, Rogen took a moment to speak up about these and other homophobic sequences in his early work. Speaking of his earlier films, both created with Evan Goldberg, Rogen expressed some regret.

“Evan recently was like, ‘By the time my kids are grown, all of our work will be deemed unwatchable.’ He’s like, ‘I have no doubt about it. I think entire parts of culture will just be deemed regressive and no one will fucking watch it anymore, and there’s a good chance our movies will fit into that category.'”

“I think if you actually care, then it’s easy. We do not want people to feel bad when they’re watching our movies,” he added.

He goes on, speaking directly to the “how I know you’re gay” sequence from “The 40-Year-Old Virgin,” which went on to become a Internet meme.

“I’ve had people come up to me and be like, ‘That made me feel like shit when I was in the movie theater and everyone was laughing about that,'” said Rogen. “Like the ‘How I know you’re gay’ thing, it’s something people have been like, ‘It’s not fun to be in the theater when people are laughing at that, knowing what they’re probably actually laughing at.’ And I don’t want anyone to have that experience watching our movies.”