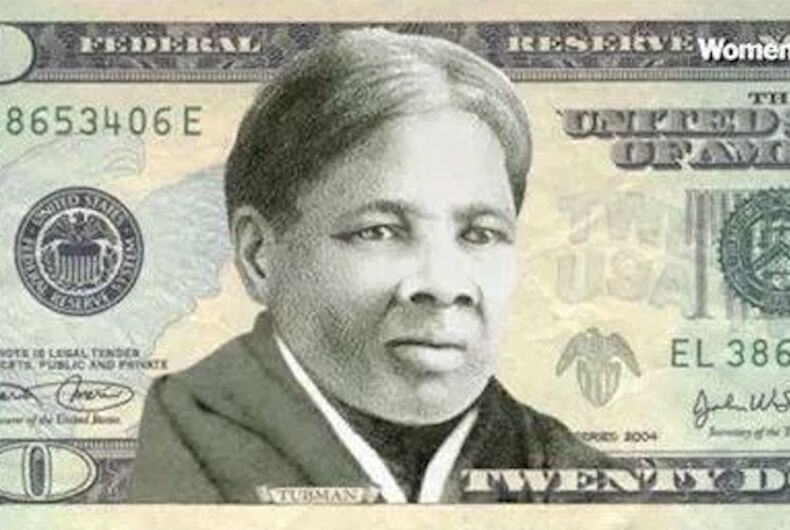 Donald Trump is infamous for disrespecting and discriminating against people of color: He and father Fred were found guilty in a court suit for refusing to rent their properties to black people, he refers to former White House aid Omarosa Manigault Newman as “a dog,” and Congresswoman Maxine Waters as “low IQ.”

In 1989, Trump spent thousands of dollars on full-page advertisements demanding the reinstatement of the death penalty in New York state for four black and one Latino teens accused of raping a young female jogger in Central Park. The men were eventually acquitted on all charges, but to this day, Trump has never apologized for his presumption of guilt against “The Central Park Five.”

Donald Trump was arguably the more prominent among the so-called “birthers” who continually accused President Obama of illegitimacy as Commander in Chief by arguing that he was born outside the United States, even well after the Obama released his official birth certificate.

This, along with his supposed investigations into Mr. Obama’s time spent in Indonesia as a child and inquiries into his African roots on his father’s side, illustrate Trump’s not-so-veiled xenophobic and racist threats.

Since taking office, Trump has proceeded to dismantle as many of the policies and reforms undertaken during the Obama presidency as he has been able to do. Recently, in front of the House Financial Services Committee, Treasury Secretary Steven Mnuchin informed committee members that the scheduled 2020 release of the new 20 dollar bill memorializing Harriet Tubman would be delayed until 2028 after Trump leaves office.

The importance of printing history on currency

In most nations, important and strong figures adorn the coins and currency bills of exchange, from nobility, to political leaders, to national and cultural icons. Investigating these personalities can often serve to identify a given country’s power structures, values, priorities, and beliefs.

Even in our era of plastic, currency personages can serve as ubiquitous, pocket-sized, and portable role models for contemporary and upcoming generations.

So in the history of the United States, where are the women and people of color? If our investigation is accurate, it confirms that the nation was founded and maintained on a sexist and racist patriarchal underpinning, one that overtly inhibits the aspirations, opportunities and ambitions of women, girls  and people of color.

On printed and minted currency, we find only a very few examples of women achieving this place of honor and vicarious immortality, and even far fewer people of color of any gender.

A quick history of women on U.S. coins

Women and the allegorical “every woman” cover a few ongoing and commemorative coins.

The first woman to appear on a U.S. coin was Queen Isabella of Spain on one side and an “every woman” on the other, signifying women’s productivity on a commemorative quarter unveiled at the Columbian Exposition of 1893.

Other short-term commemorative coins included a Eunice Kennedy Shriver silver dollar in 1995; Virginia Dare, with her mother Eleanor Dare, on the Roanoke Island, North Carolina half dollar in 1937; and the Girl Scouts USA Centennial one-dollar coin minted in 2013.

Women have been printed on paper currency before, but…

Women’s appearance on our paper currency fall under the classifications of “rare” and “temporary”: The bronze Statue of Freedom by Thomas Crawford, the female figure atop the U.S. Capitol Dome, was introduced on the five-dollar bill between 1886-1891.

Martha Washington emerged on the one dollar silver certificate; the 1896 two dollar silver bank note included a group of three women and two children; the 1863 ten cent fractional currency boasts a female bust; and an allegorical woman can be found on both sides of a five-cent military payment certificate. (It was issued in 1954, for use only in a U.S. military establishment.)

Change in the Air: How Tubman nearly knocked Jackson off of the $20 bill

In 2015, a grassroots non-for-profit group calling itself “Women on 20s” initiated a campaign and petition to choose a woman to replace Andrew Jackson on the 20 dollar bill.

The winner of their online poll of 15 candidates was the abolitionist civil rights leader who escaped enslavement and who also scouted for the Union forces during the Civil War, Harriet Tubman. Eleanor Roosevelt came in second, Rosa Parks third and Wilma Mankiller fourth.

Other nominees included Susan B. Anthony, Alice Paul, Patsy Mink, Shirley Chisholm, Francis Perkins, Sojourner Truth, Clara Barton and Margaret Sanger. The petition went to President Obama in May 2015 for his action. He scheduled the Harriet Tubman bill to be released in 2020.

Since the year 2020 marks the 100-year commemoration of the passage of the 19th Amendment of the U.S. Constitution granting women the vote, petition organizers argued that the time has long-since come for women to grace our currency, especially our paper bills.

They chose to fire Andrew Jackson for a number of reasons. During the early years of the new republic, with its increasing population and desire for land, political leaders such as George Washington and Thomas Jefferson advocated that Native American “Indian” lands should be obtained through treaties and purchase.

Later, however, when he inhabited the White House as the country’s 7th President, Andrew Jackson argued that white “settlers” (land thieves) had a “right” to confiscate Native American land.

Though he proposed a combination of treaties and an exchange or trade of land, he maintained that whites had a right to claim any Native American lands that were not under cultivation. Jackson only recognized as legitimate any claims for Native American lands on which indigenous people grew crops or made other “improvements.”

The Indian Removal Act of May 28, 1830 authorized President Jackson to confiscate indigenous land east of the Mississippi River, “relocate” its inhabitants, and exchange their former land with territory west of the River.

The infamous “Trail of Tears” during Jackson’s presidency attests to the forced evacuation and redeployment of entire Indian nations in which many died of cholera, exposure to the elements, contaminated food and other environmental hazards.

In addition, though Jackson founded the Democratic Party and brought greater popular control to government, his wealth increased enormously through his enslavement of Africans and he gave the lash to any who attempted escape.

Donald Trump has pushed back the Harriet Tubman 20 dollar bill another eight years most likely since he would have preferred to retain the image of Andrew Jackson whom Trump refers to as one of his favorite presidents.

When he moved into the White House, Trump installed Jackson’s picture in the Oval Office. Less than two months after his inauguration, Trump made a pilgrimage to Jackson tomb in Nashville.

If Trump had his way, he would likely create a new dollar denomination with a large image of Robert E. Lee.

Color of Pride: J Mase III is uniting the nation’s most cutting-edge queer artists of color