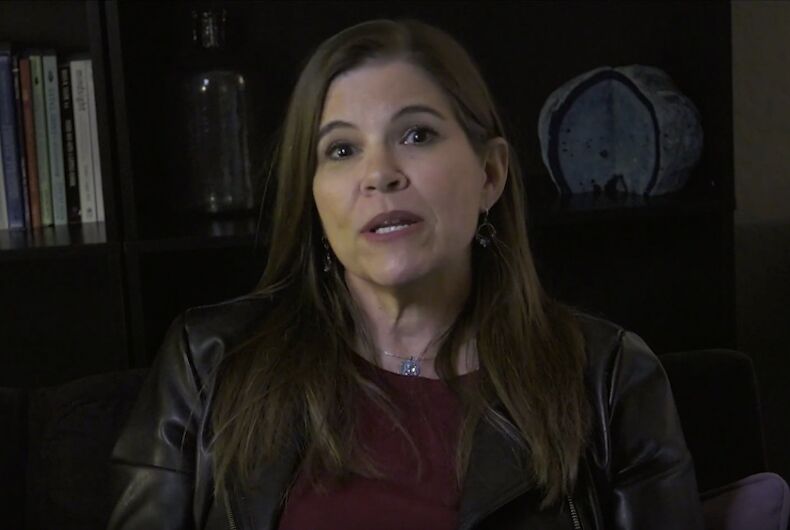 “I’ve never seen anyone change from gay to straight ever.”

This is one of the opening lines in a new ad spoken by Yvette Cantu Schneider, a previous policy analyst for the Family Research Council, Director of Women’s Ministry for the now defunct ex-gay organization Exodus International and speaker in Focus on the Family’s now closed ‘ex-gay’ road show Love Won Out.

Schneider slammed ex-gay therapy as a complete fraud in a new ad by Truth Wins Out, an organization that fights anti-gay religious extremism and ex-gay movement. The ad aired before the second annual Freedom March in Washington D.C., an event of so-called ex-LGBTQ people who support conversion therapy. The 2018 Freedom March was attended by 36 people. This year’s event had maybe 70 people.

In the ad, Schneider says:

“I think the Freedom March is exactly the opposite of freedom because you are actually becoming imprisoned by expectations that other people have for you. I’ve never seen anyone change from gay-to-straight, ever. I would just implore anyone who is thinking of joining an ‘ex-gay’ group not to do it. Instead of being free to be who you are, you’re being forced to be someone that you’re not.”

“I was the director of women’s ministry for Exodus International. You know what I spent my time doing? Dealing with leaders in ‘ex-gay’ ministries who were having sex with the people who were coming to them for help. And that’s when I knew if the leaders, the people who have been chosen to be leaders, aren’t changing, no one is changing.”

Schneider is just the most recent leader of an ex-gay therapy movement to come out and admit that it’s all bunk. Other leaders include David Matheson, “the Intellectual Godfather of Conversion Therapy”; John Smid, former executive director of “Love in Action”; and Alan Chambers, former leader of Exodus International.

The ex-LGBTQ movement has a deep sense of victimhood. Even though 32% of U.S. states now ban ex-gay therapy for minors, no state bans adults from seeking conversion therapy. Every major American psychological association has called conversion therapy a harmful and ineffective form of psychological torture. A 2013 survey found that 84% of ex-gay survivors feel lasting shame and emotional harm as a result.

A majority of American oppose conversion therapy, and more are becoming aware of the dangerous practice thanks to two recent films — The Miseducation of Cameron Post and Boy Erased — both of which depict young gay people forced into religious ex-gay programs.