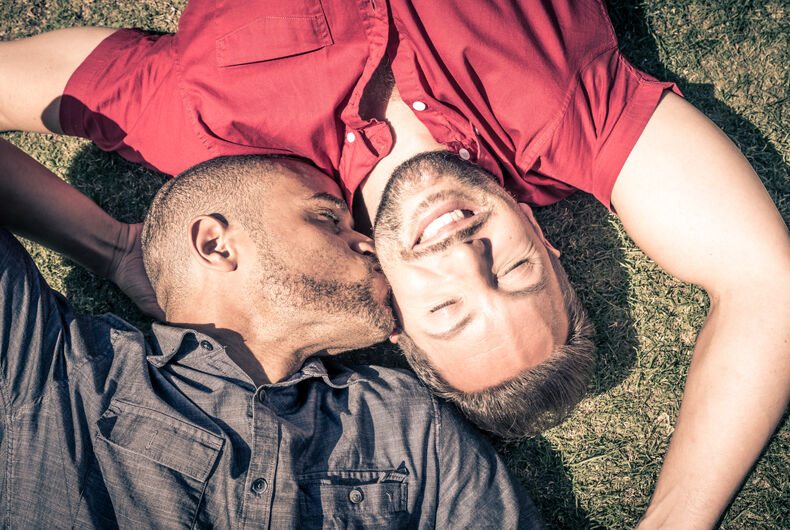 The eight-year study looked at 972 gay male couples where one partner is HIV-positive and the other is not.

“It’s brilliant — fantastic. This very much puts this issue to bed,” said professor Alison Rodger, co-researcher on the study, to The Guardian. “Our findings provide conclusive evidence for gay men that the risk of HIV transmission with suppressive ART is zero.”

Every six months to a year, couples who took part in the study were given a confidential questionnaire asking about their sexual practices. Doctors would also examine both partners to check the HIV-status of the negative partner and the viral load of the positive partner.

The majority of those who participated had already been using ART for a year before the study, and the majority of them faithfully kept up on the drug treatment during the length of the study.

The men all engaged in sexual relations without the use of a condom. And while 15 men in the study did end up becoming HIV-positive, but it was from having unprotected sex with someone other than their partner, a sexual partner who was HIV-positive but not using ART.

A third of the HIV-negative men in the study had sex without a condom outside of their relationship. Roughly a quarter also reported acquiring a sexually transmitted infection (STI) such as gonorrhea or syphilis.

Doctors see the results as a step forward in eradicating HIV infections, but warn that it will take spreading the word and overcoming stigma to move forward.

“Increased efforts must now focus on wider dissemination of this powerful message and ensuring that all HIV-positive people have access to testing, effective treatment, adherence support and linkage to care to help maintain an undetectable viral load,” said Rodger.

According to the Department of Health and Human Services (HHS), 1.1 million people in the United States are HIV-positive, with roughly 15 percent are unaware they are infected. An estimated 38,700 Americans became infected in 2016, with 26,000 of these being men who have sex with men.