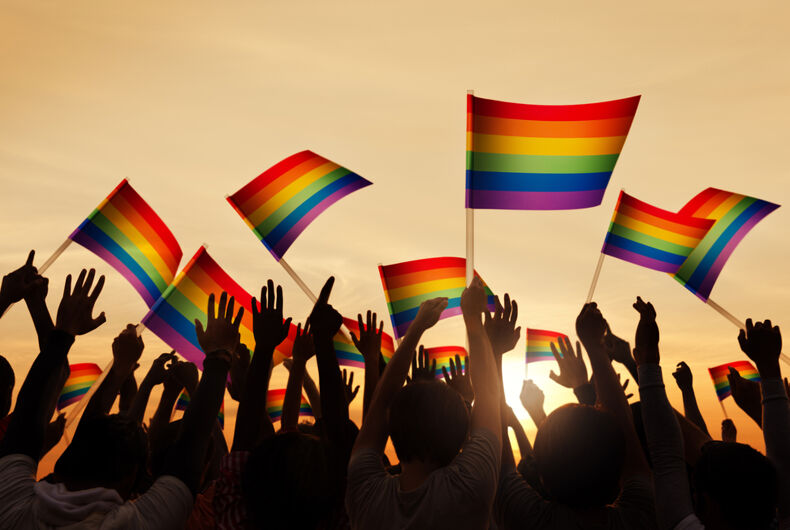 A heterosexual family was shocked to find the rainbow flag they fly outside their home torn down and burnt in their driveway. But while police investigate the crime, their community is taking things in their own hands.

After news broke about the disturbing incident in Charleston, South Carolina, the Alliance For Full Acceptance announced they would give away pride flags to anyone who wanted to fly them in solidarity with the couple. After all, allies need our support too – it’s what they give us every day.

Dozens of rainbow flags are sprouting up all over the city now as residents take a stand against hate.

Police say the flag was “blackened and charred” in the driveway of the family’s home. Now they’re trying to decide if it was a simple case of vandalism or a hate crime.

South Carolina is one of the handful of state’s left that don’t have a hate crimes law, but Charleston has enacted their own law to protect minority groups. If police decide it is a hate crime, it will be the first time the law has been used.

“Whenever an incident like this happens, it can really kind of get into the psyche of the LGBTQ community just knowing that this sort of thing still exists and still happened,” AFFA Executive Director Chase Glenn told the Post and Courier. “But to know the incident is being taken seriously by the police is very comforting.”

So far police have no suspects.

This famous male model died of AIDS, but his family told the media he had a skiing accident

A DC beer company will be honoring Marsha P. Johnson for Pride this year