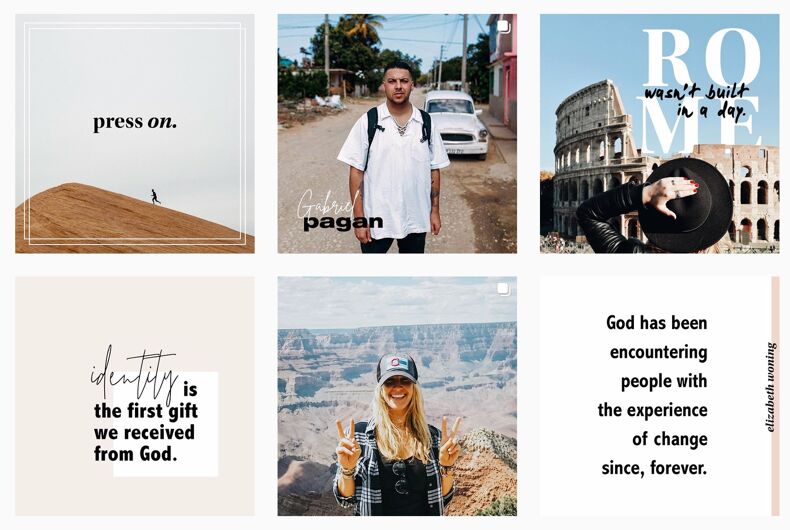 It’s the political and moral equivalent of bringing back the exploding Ford Pinto and presenting it as a Ferrari at the auto show. The architects of 1998’s million-dollar Truth in Love “ex-gay” ad campaign are now rebooting their failed product and presenting it as new.

They must think we have amnesia and forgot that one “ex-gay” poster boy (and girl) after another from 1998 was caught in embarrassing sex scandals or came out of the closet. In a Trump World of alternative facts, however, I’m guessing those behind this deceitful campaign believe truth doesn’t matter and they can rewrite history.

The latest rebranding effort is dubbed Changed Movement, with a slick new website and a storybook called #OnceGayStories. The cynical campaign is assisted by Focus on the Family alumni, who previously brought us the Love Won Out road show led by “ex-gay” star John Paulk, who is now happily out of the closet and living with his partner.

But you won’t hear these dishonest charlatans advertising what happened with their former spokespeople, who they discard as soon as they are no longer useful. This propaganda effort is interested in telling stories – but just not these stories.

Another poster boy of the 1998 campaign was Michael Johnston who appeared in a noxious full-page ad headlined “From Innocence to AIDS”, as well as offensive television ads. He was Rev. Jerry Falwell’s “ex-gay” spokesperson and founded National Coming Out of Homosexuality Day. He also appeared in “It’s Not Gay,” an anti-gay movie by the American Family Association (AFA).

That was, until attorney Michael Hamer and I exposed Johnston as a fraud who was meeting men for sex in Virginia motel rooms.  The AFA called his transgressions a “moral fall” and shipped him off to an “ex-gay” remedial camp in Kentucky.

In 2013, Exodus International disbanded after its president Alan Chambers declared that the program did not work.

In a letter he stated, “I am sorry for the pain and hurt many of you have experienced. I am sorry that some of you spent years working through the shame and guilt you felt when your attractions didn’t change. I am sorry we promoted sexual orientation change efforts and reparative theories about sexual orientation that stigmatized parents.”

In a recent op-ed demanding Google take down an ex-gay app Thomas wrote, “Having served in the upper echelons of this movement, I can say that I have yet to meet a single person who has transitioned from homosexuality to heterosexuality.”

“The slick marketing tales of inspiration are really tragic cries of desperation by people praying for a miracle that never comes. All I observed, including in my own life, was a combination of wishful thinking and constant suffering.”

Will Changed Movement tell the Randy Thomas story? This is important because if the actual leaders of the movement couldn’t change from gay to straight, how can their followers expect to be successful?

Truth Wins Out has responded to the latest onslaught of “ex-gay” propaganda with a new online ad featuring John Smid, the former director of Love in Action who was depicted in the movie Boy Erased by actor Joel Edgerton. In the ad, Smid echoes Thomas: “If you are strongly attracted to someone of the same gender that will not change. I’ve never seen a real success story of anyone who has changed from homosexual to heterosexual.”

Truth Wins Out is in the process of interviewing a number of former “ex-gay” leaders to put the kibosh on Changed Movement’s cynical plans to hoodwink America into believing a lie that has already been thoroughly debunked. On Monday, a group of 26 former ex-gay leaders in a group called FELA, including Michael Bussee, the co-founder of Exodus Intentional, will release a powerful statement condemning sexual orientation change efforts.

Make no mistake: the “ex-gay” industry is an experiment that has failed. We’ve seen this horror movie before and it takes a special brand of dishonesty and a lack of integrity to present this charade as a place where people “change” or an actual “movement.”

History shows the only movement we’ve seen are “ex-gay” activists transforming into out and proud members of the LGBT community.

Just like the idea of reintroducing the Pinto, this “pray away the gay” lemon will destroy lives, cause death and destruction and eventually blow up in the faces of those who are cynically peddling the ugly  “ex-gay” myth.