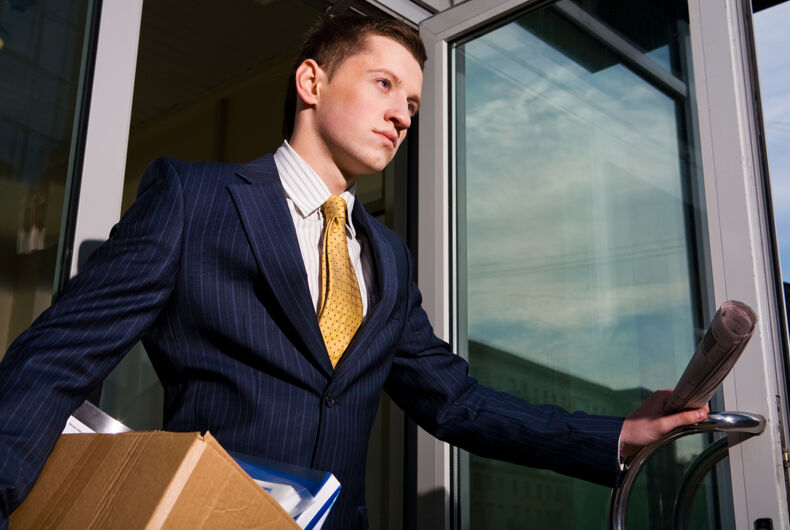 An employee group at the Department of Justice is saying that LGBTQ people are quitting their jobs due to low morale.

The group also wrote about the results of a poll of its members from this past October. Less than half of respondents agreed that “the Department of Justice does not discriminate on the basis of sexual orientation or gender identity or expression.”

Only 10% of LGBTQ employees agreed with the statement “the Department of Justice attracts and retains the best LGBTQ talent.”

Some of the respondents had pointed criticisms of the Department of Justice.

“Please do something about the FBI’s unfair evaluation process at the FBI Academy,” wrote one respondent who was quoted in the letter.”There are many gay agents attending that are dismissed because they are not ‘bro-y’ or masculine enough.”

“It’s difficult and demoralizing not knowing if your employer really believes LGBTQ people should have antidiscrimination protections (housing, employment, accommodations) or not,” another respondent wrote, possibly referring to the Justice Department’s legal work in support of discrimination against LGBTQ people or Barr’s own support for anti-LGBTQ discrimination.

“Agents attend[ing] the FBI academy that are gay and/or latino are definitely discriminated against and in many cases evaluated more harshly than other new agents and dismissed from the academy,” wrote another.

One respondent even said that they were leaving the Department of Justice “in part due to the DOJ’s treatment of its LGBTQ employees.”

The letter ends with an offer to help improve LGBTQ employee morale.

“DOJ Pride is eager to be a resource for, and a partner with, your office in improving and strengthening the Department on these fronts.”