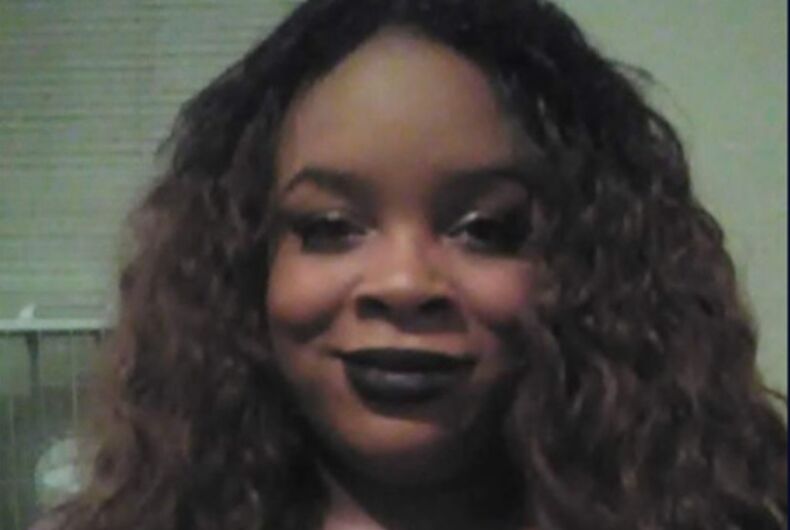 A transgender woman was murdered in Maryland this past weekend. Ashanti Carmon, 27, was found dead on Saturday morning in Fairmount Heights, near D.C.

Her fiance Phillip Williams told News 4 that the last time he saw her was when they went to a dinner and movie on Friday night. Afterward, he went to work and she went out with friends.

Near 6:30 a.m., multiple people called 911 reporting gunshots near the border with D.C. Police officers found her body with multiple gunshot wounds and pronounced her dead at the scene.

“Until I leave this world, I’m going to continue on loving her in my heart, body, and soul.”

“Life was going well for this young woman, and all of the sudden it’s just gone,” said Earline Budd, a transgender activist who knew Carmon.

“The real hurt is that she was taken in such a horrible and tragic way, shot multiple times and left on a road there.”

Budd co-organized a candlelight vigil for Carmon this past Tuesday.

According to an HRC report, 82% of transgender people killed in 2017 and 2018 were women of color, and nearly two-thirds were under the age of 35.

Now Trump is fighting with a dead First Lady