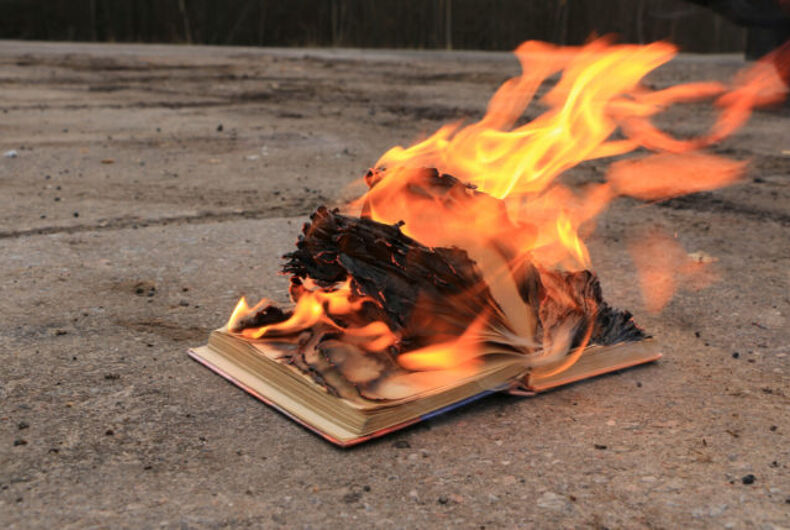 Over half of the most controversial library books in 2018 contained LGBTQ content.

Each year, the American Library Association publishes its Top Ten Most Challenged Books list, which is based on information from the media and voluntary reports to the Office for Intellectual Freedom.

Books are challenged when someone requests that they be removed from a library, school, or university. The American Library Association believes that as many as 97% book challenges go unreported.

Of the eleven books that got the most challenges in 2018, six were challenged because they have LGBTQ content.

Topping the list is George by Alex Gino, a novel about a transgender girl. The book was challenged because people said it was “creating confusion,” discussed transitioning, and encouraged children to clear their browser histories.

The second book on the list is Jill Twiss’s A Day in the Life of Marlon Bundo, a book promoted by late night comedian John Oliver in which Mike Pence’s pet bunny Marlon Bundo is gay.

The third most-challenged book was the Captain Underpants series by Dav Pilkey, a children’s novel series about two fourth-grade boys. In a 2015 installment, the boys travel 30 years in the future and one of them is married to man.

The other books that were challenged because of LGBTQ content on the list were Drama by Raina Telgemeier, This Day in June by Gayle E. Pitman, and Two Boys Kissing by David Levithan.

Several of the books weren’t just challenged – they were burned. Last year a man in Iowa was charged after burning several LGBTQ library books and broadcasting the book-burning on Facebook.