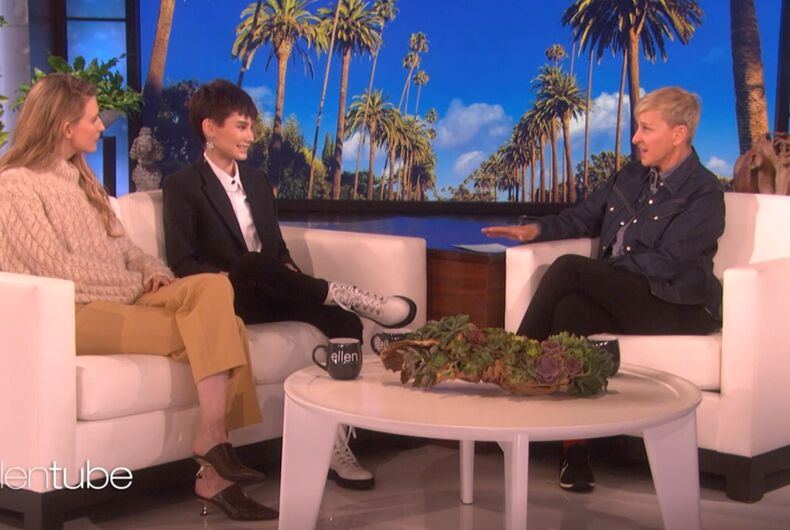 Actor Ian Alexander appeared on Ellen’s show and talked about how his acting helped his parents accept his gender identity.

Alexander, best known for his portrayal of Buck Vu on Netflix’s scifi drama The OA, told Ellen that he came from a religious family. His parents are Mormon.

When he was in his early teens, he started learning about transgender people online, but it wasn’t until he met trans people in real life at age 13 that he had the “courage” to accept himself.

Ellen asked him about his parents and if they accept him for who he is.

“It was a little hard for them to accept,” Alexander responded. “At first they were like, ‘You’re too young, you don’t really understand what this means.'”

“But I think that being on The OA actually really helped them realize that I can be happy and I can be successful as a trans person and as a queer person.”

“Being on set for The OA was the first time I heard my mom use my correct name and pronouns. That must made my heart soar.”

Alexander, who is transmasculine and pansexual, is turning 18 next week.