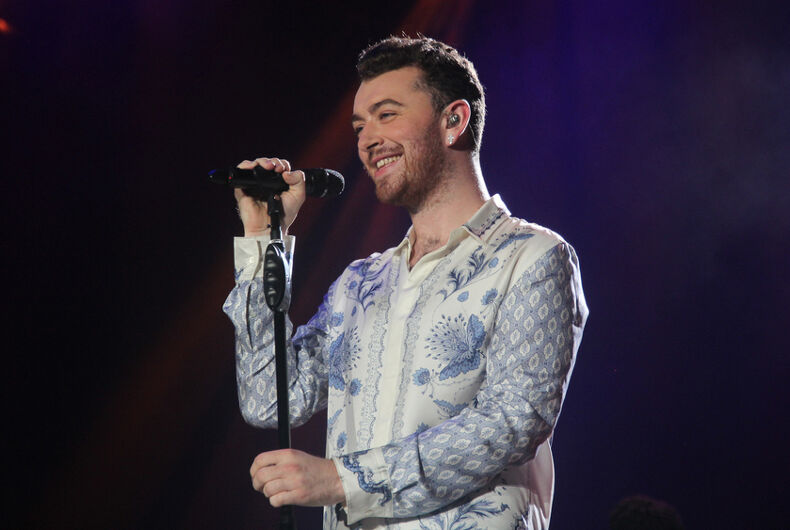 Sam Smith has used their platform to discuss body image issues in the LGBTQ community.Photo: Shutterstock

British singer Sam Smith recently came out as a non-binary genderqueer during a revealing interview with actress Jameela Jamil on her Instagram Live show I Weigh.

In the interview, Smith said:

I’ve always had a little bit of a war going within my body and my mind. I do think like a woman sometimes, in my head. Sometimes I’ve questioned ‘Do I want a sex change?’ and it’s something I still think about, like: ‘Do I want to?’ But I don’t think it is. When I saw the words ‘non-binary’ and ‘genderqueer’ and I read into it, and I heard this people speaking, I was like ‘F*ck, that’s me.’

When Jamil asked Smith about the definition of “non-binary genderqueer,” Smith responded, “Non-binary genderqueer is that you do not identify in a gender. You are a mixture of different things, you are your own special creation. That’s how I take it. I’m not male or female, I think I flow somewhere in between. It’s all on the spectrum.”

Related: Sam Smith: My Oscars performance was ‘the worst moment of my life’

Smith said that gender-fluidity helped resolve some body image issues. At age 12, Smith had a liposuction chest surgery to help reduce their breasts which were enlarged due to a high level of estrogen, a predominantly female hormone.

Smith came out as genderfluid in 2017. At the time he said:

People don’t know this, but when I was 17, I remember becoming obsessed with Boy George and Marilyn. There was one moment in my life when I didn’t own a piece of male clothing, really. I would wear full makeup every day at school—eyelashes, leggings, with Dr Martens and huge fur coats, for two and a half years. I got teased a lot for it, but there were also people respecting me for walking around like that in school.

A 2016 study found that 2.7% of teenagers consider themselves “transgender, genderqueer, gender-fluid or unsure of [their] gender identification.”

Smith has separate male and female symbols tattooed on two of his fingers.