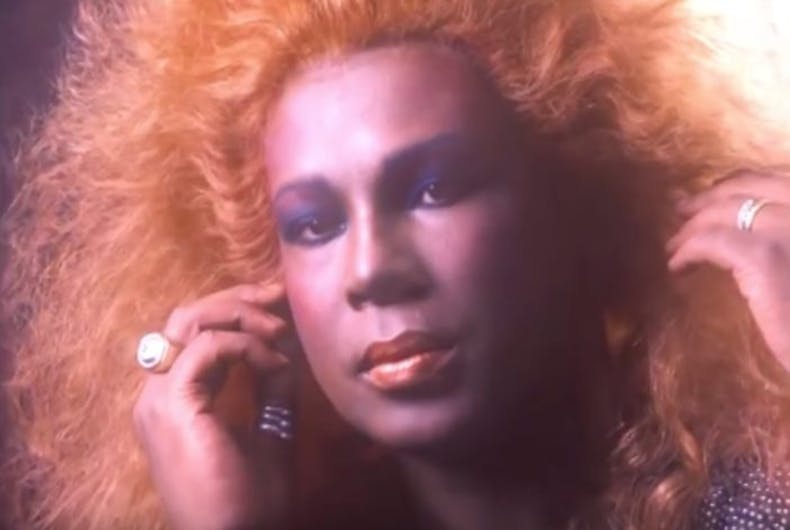 Sylvester’s “You Make Me Feel (Mighty Real)” was inducted into the National Recording Registry at the Library of Congress.

Each year, the registry adds 25 American recordings that are at least ten years old to its collection, selecting works with “culturally, historically, or aesthetically” significance.

This year’s theme was “American changemakers.”

Sylvester’s 1978 hit, according to the Library of Congress, “reflected his childhood background in both African American gospel music and his work as a drag performer in San Francisco.” His biographer called it “a song of freedom.”

He grew up going to a Pentecostal church in Los Angeles but stopped going at age 15 as his sexuality became known in his community. His parents didn’t accept him and he moved out when he was in his teens.

Related: Welcome to the church of Sylvester. His gospel-tinged disco made us feel mighty real.

Sylvester eventually moved to San Francisco and joined the drag group the Cockettes, who he left to pursue a solo career when they were touring in New York City.

When “You Make Me Feel (Mighty Real)” was released his career took off. He appeared in The Rose with Bette Midler, won several Billboard Awards, and collaborated with Patrick Cowley on another hit, “Do Ya Wanna Funk.”

Sylvester passed away in 1988 due to complications related to HIV and bequeathed all future royalties from his work to HIV/AIDS organizations.

Other inductees this year include Cyndi Lauper’s album She’s So Unusual, the original cast album from Hair, and Robert Kennedy’s speech on the death of Martin Luther King.