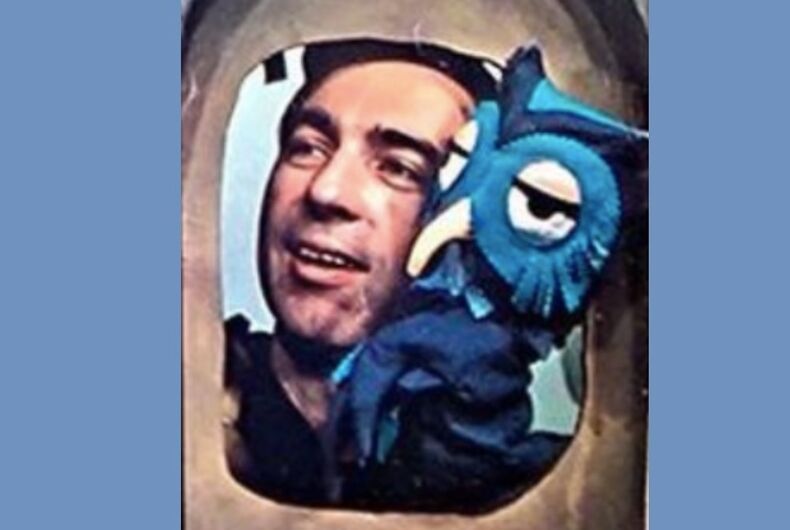 A recently-released biography of Fred Rogers says that the children’s television icon was bisexual.

The Good Neighbor: The Life and Work of Fred Rogers by Maxwell King was released this past September and contains a page that discusses how Rogers saw his sexual orientation.

In a conversation with his friend William Hirsch, who was gay, Rogers said that if sexuality were a scale from one to ten, “Well, you know, I must right smack in the middle.”

Longtime associate Eliot Daley is also quoted in the book discussing how Rogers was called “gay” and “a sissy.”

“Fred is one of the strongest people I have ever met in my life,” Daley said. “So if they are saying he’s gay because… that’s a surrogate for saying he’s weak, that’s not right, because he’s incredibly strong.”

Related: After coming out as bisexual, this woman got a heartwarming gift from grandma

And in a 1975 interview with the New York Times, he said, “I’m not John Wayne, so consequently, for some people I’m not the model for the man in the house.”

Thanks to the person who found the quote! For all those asking, here you go: https://t.co/Z2A5o5oTWP

In 1952, when he was 24 years old, Rogers married Sara Joanne Byrd. They had two children and remained married until he passed away in 2003.

Rogers is best known for Mister Rogers’ Neighborhood, the show he created, wrote, produced, and starred in from 1968 to 2001. In 2002, he received the Presidential Medal of Freedom.

Kathy Griffin still isn’t over her breakup with Anderson Cooper