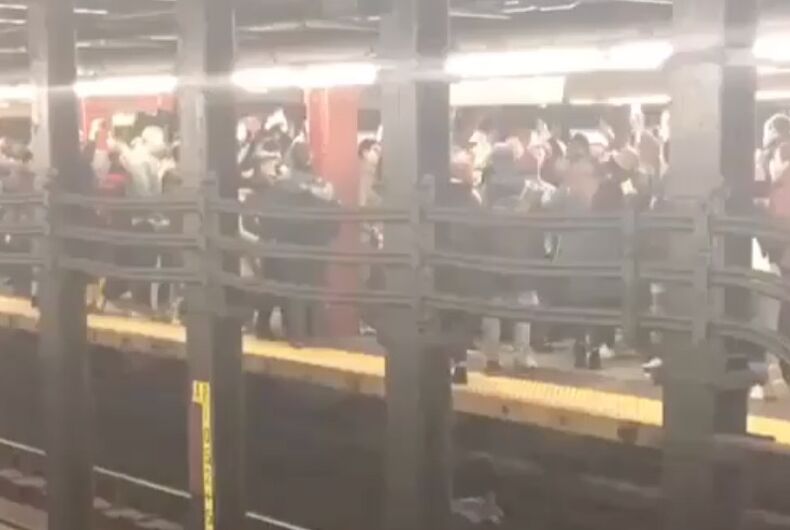 You can see anything on New York City’s subway. We’ve seen a rat dragging pizza down the stairs for a snack. We’ve seen a prankster read fake books with really inappropriate titles. There was even gay urban art as part of a series on “perfect strangers.”

But until now there hasn’t been a Robyn-themed flashmob on the platforms at Penn Station.

After the pop singer’s Saturday night concert, fans were leaving the arena when magic happened as hundreds of fans starting dancing and singing to her hit “Dancing On My Own.”

Watch it all go down below – including a shoutout from the singer herself who shared video from the impromptu party on Instagram.

Related: Three drunk trans women were caught on video brutally beating up a man in a subway station

“I’m overwhelmed. Someone just posted this video and I can’t believe the love in this subway station,” she posted. “Thank you New York.”

#Robyn Afterparty at the E train station after the @robynkonichiwa show at MSG pic.twitter.com/qBCSrPuT9N

After the show is the after party! I 🖤 N Y! #RobynMSG #Robyn pic.twitter.com/luYu402pFh

I’m overwhelmed. Someone just posted this video and I can’t believe the love in this subway station. Thank you New York ♥️