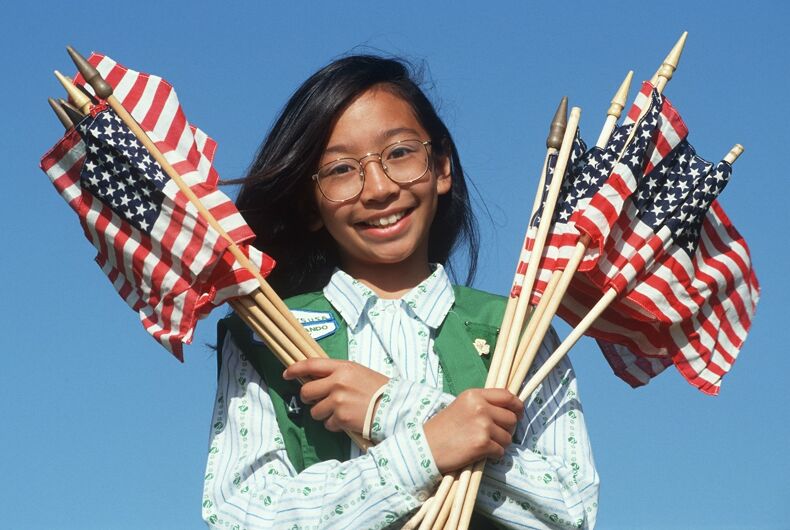 The Girl Scouts are the latest target for conservatives because… liberal Congresswoman Alexandria Ocasio-Cortez was a girl scout.

Republicans have become obsessed with the young legislator from New York and no matter what she says or does, they’ve come up with all sorts of manufactured outrage, conspiracy theories, and general nonsense about her personally and her politics.

But this time, they’ve jumped the shark.

“This is the week when real feminists separate from their radical counterparts,” columnist Jane Chastain wrote in a piece for a rightwing outlet decrying the “socialist” International Women’s Day, the Girl Scouts, and, of course, AOC.

Chastain’s logic seems to go like this: International Women’s Day started as a tool of communist Russia and then globalists at the UN endorsed it, the Girls Scouts support women’s rights and they’re currently selling cookies. The Girl Scouts give a list of organizations on their website that promote “equal protection under the law” and “educational opportunities” plus they list famous and influential women who were scouts when they were younger.

18 Congresswomen and Senators plus four governors that won election in 2018 are listed on the site, “beginning with their star, Alexandra Ocasio-Cortez, who attributes much of her success to what she learned as part of this organization.” The list is arranged alphabetically;  AOC is 9th on the list. The list is bipartisan.

“So before you decide to embrace an International Women’s Day celebration or buy the cookies, ask yourself, ‘Will the country be better off with more representatives like the young socialist Alexandra Ocasio-Cortez?’,” Chastain writes. “If not, it’s a good time to start your diet.”

True to form, Ocasio-Cortez took to Twitter to ridicule the right wing nonsense.