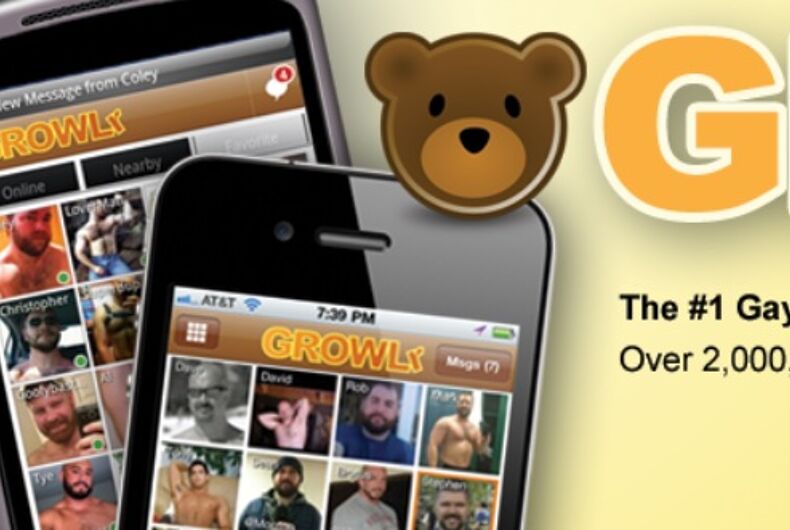 Growlr, the gay bear dating app, has been sold to The Meet Group, Inc. for $11.8 million.

The app was created in 2010 by Coley Cummiskey and was privately held by Initech, LLC, until recently. This past Wednesday, Meet Inc. announced that it bought the app.

“Similar to what we have done with our other acquired properties, we plan to be aggressive in bringing our video model to Growlr.”

Growlr says it has 200,000 active daily users and 2 million members. It describes itself as a “complete social networking app for gay bears.”

In 2013, Cummiskey told Bear World Magazine that he started the app because he’s a bear himself.

“After developing a successful few apps, including one that worked with Facebook, I decided I needed to focus on something that was closer to who I am as a person, who I am as a developer,” he said.

“I’ve always thought I had to be a card carrying member of the bear community, and I love being a bear, and it kind of took off from there.”

The Meet Group, Inc. is a publicly traded corporation that owns several other apps that focus on meeting people in real life, like MeetMe, Tagged, and Skout.