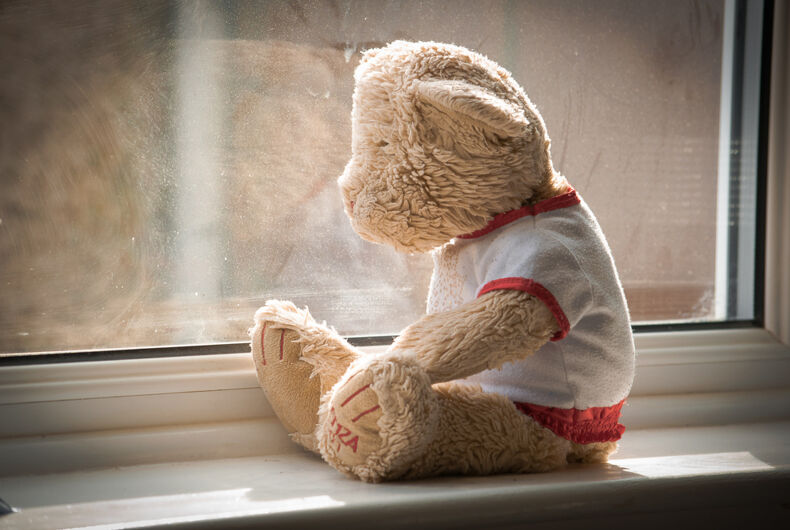 Two leading activists have resigned from a statewide suicide prevention task force in Utah after the state’s governor, Republican Gary Herbert, moved to support a weaker conversion therapy bill than the one originally recommended.

Troy Williams, executive director of Equality Utah, and Taryn Hiatt, area director for the America Foundation for Suicide Prevention, announced their resignations from the task force the day after a watered-down version of the state’s proposed conversion therapy ban, HB 399, moved out of the House Judiciary Committee.

Williams resignation letter summed up his feelings on the Governor’s choice to support the substitute.

“Yesterday, Governor, you turned your back on LGBTQ youth and the medical and mental health establishment,” said Williams in his letter of resignation. “By endorsing Rep. Lisonbee’s hostile substitute, you effectively cast your lot with a band of discredited and dangerous conversion therapists, who are still practicing techniques that harm youth — some lethally.”

“Further, the legislation you endorsed excluded transgender children and will allow conversion therapists to continue their practice with impunity,” added Williams.

“It is clear you have no interest in keeping your promise, nor are you interested in the plight of LGBTQ youth,” Williams concluded. “I will not be window dressing to provide the Task Force cover. If you change your mind and wish to seriously engage the LGBTQ community, you know where to find me.”

Governor Herbert opted to support the substitute for HB 399, which would have banned conversion therapy on minors outright. The new version of the bill, proposed by State Representative Karianne Lisonbee, doesn’t actually ban the practice, allowing what some have called a “safe harbor” for conversion therapists.

The bill’s original sponsor, State Representative Craig Hall, objected to the changes proposed to HB 399, telling the committee that, “This bill, substitute 4, just to make it clear, will not prevent conversion therapy.”

“The problem that we run into is that therapists can get crafty. They can get creative,” said Hall to the committee. “And they won’t say, ‘I can tell you that this treatment will result in complete and permanent reversal.’ But the creative therapist will say something like, ‘If you do x, y and z, this might help your sexual orientation.'”

Supporters of the new version claim that they had to make changes in order to get the bill past the committee.

Both the American Psychological Association and the American Academy of Pediatrics have condemned conversion therapy, and 15 states and the District of Columbia — as well as many other cities and locations in the United States — have barred the practice.

The watered-down version of HB 399 is now on its way to the House floor for a vote.

Here is a copy of the letter of resignation that @TroyWilliamsUT is sending to @GovHerbert pic.twitter.com/W66mjxXD5X