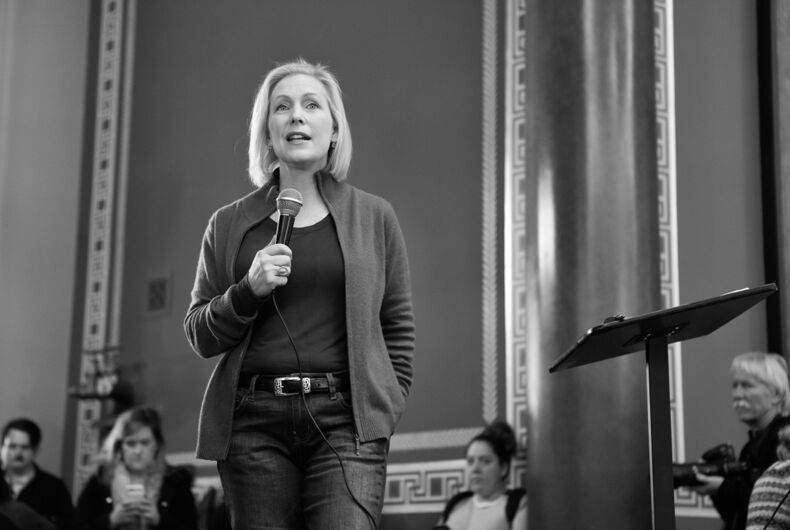 Presidential candidate Kirsten Gillibrand told an audience that she supports having a third gender option available on government forms and ID cards.

Campaigning in New Hampshire, the progressive Democratic senator from New York told an LGBTQ-themed meet and greet that she supported a government approved option for gender queer and nonbinary people.

Gillibrand gave “an emphatic yes” when asked by Palana Belken, a transgender woman, if she supported the option.

A few states like California, Oregon and Colorado already have a third gender marker available on state IDs and birth certificates. A New Hampshire state representative, Gerri Cannon, has introduced bills that would add the third gender option to state forms.

Cannon says she supports a federal law to solve the problem completely.

“Right now, especially non-binary people, when they go from one state to another, some state trooper may take a look at a license with an ‘X’ on it and go, ‘What is this?'” Cannon told CBS News.