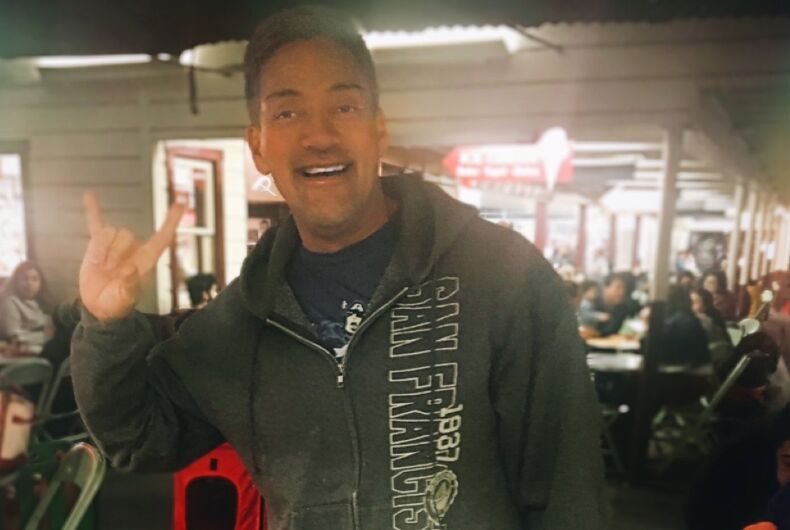 Embattled West Hollywood mayor John Duran attempted to distance himself from sexual assault allegations by claiming that his accuser is unattractive in a racist statement given to the WeHo Times.

Duran has been defending himself from the latest charges of sexual misconduct from three members in the Gay Men’s Chorus of Los Angeles, where Duran has long served as board chairman.

GMCLA executive director Jonathan Weedman is not renewing Duran’s contract, and Duran has announced that he is stepping down from his position with the chorus.

Three members of the West Hollywood city council have also called for Duran to resign as mayor, which Duran has no plans to do.

“I’m not resigning,” Duran told the WeHo Times. “They will have to remove me as Mayor.”

Related: Should this politician resign for his husband’s sexual harassment?

Yet it was Duran’s framing of one of his accusers, 23-year-old Jason Tong, that has only served to fuel opposition. Tong claims that Duran came up from behind him and put two fingers inside his waistband while they were both in a changing room during a choral performance.

“I was like, ‘who the hell is Jason Tong?’ I’d never heard of this guy.,” said Duran. “I told Steve [Steve Holzer, the vice chair of the Chorus], ‘I would confess if it was true. I’d never met this guy. I’d never spoken to him.”

Duran continued, “I looked him up on Facebook and of course, he’s a skinny Korean kid with pimples on his cheek and I was like, ‘Steve, come on. Look at this guy. It’s just not happening.”

Tong responded, telling the Los Angeles Times that Duran was “body shaming” him with the statement, but added “like every skinny, queer person of color who happens to be relatively young, it’s not like I haven’t been victimized like this before.”

This is only the most recent allegation of sexual misconduct by Duran, who has been known for outrageous, sexually charged behavior in and out of office.

In 2016, West Hollywood paid $500,000 to settle a sexual harassment suit against Duran brought by Duran’s former council deputy, Ian Owens. Duran and Owens met via Grindr, and had a sexual encounter prior to Duran hiring Owens.

Another deputy, Michelle Rex, claimed the city had retaliated against her for her support of Owens. While she lost her case, testimony during that trial exposed an inappropriate comment by Duran about the head of the West Hollywood Heights Neighborhood Association, Elyse Eisenberg.