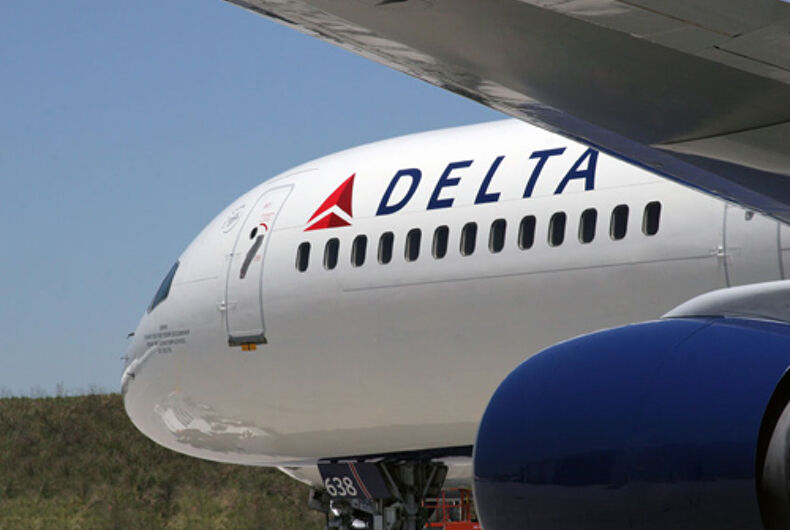 Several airlines have updated their guidelines to allow for passengers to register under non-binary genders.

Airlines for America, an industry trade group, said that American Airlines, Alaska Airlines, United Airlines, JetBlue, and Southwest all updated their online booking processes to allow a “unspecified” or “undisclosed” in their drop-menu for gender.

Delta Airlines, which is not a part of Airlines for America, said that they’re doing the same, saying that it’s part of their “ongoing efforts to accommodate the needs of diverse customers throughout our business.”

Currently Oregon, California, Minnesota, Colorado, Arkansas, and D.C. allow people to identify as “X” instead of “M” or “F” on their state-issued identification, and Maine is set to join those states.

But, when booking air travel, people with an “X” on their ID still have to choose “M” or “F.”

“For now, I carry my passport with me in addition to my driver’s license just in case,” Alon Altman, who is non-binary, told The Daily Beast.

The change will allow people who have ID that identifies them as neither male nor female to choose a gender option when booking that conforms to their reality.

The new policy is set to go in effect by June of this year.

LGBTQ youth are flooding the child welfare system, but they’re treated the worst