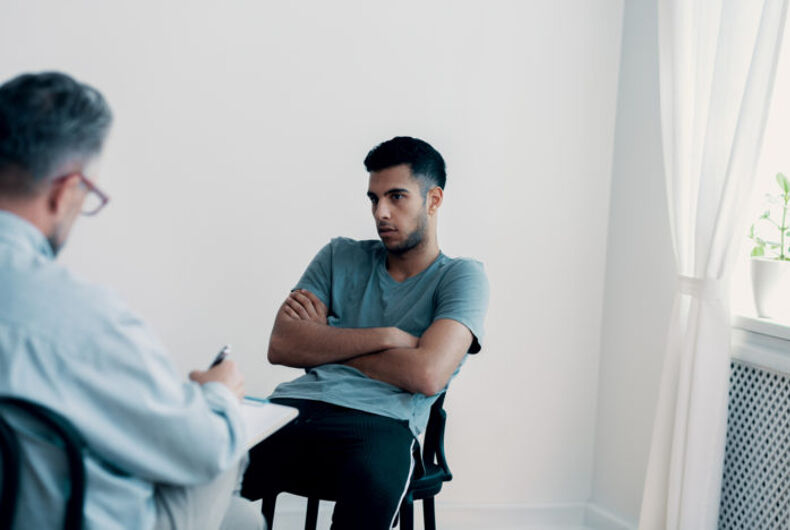 Christian conservatives are asking the Supreme Court to hear their challenge to a conversion therapy ban.

Liberty Counsel, an SPLC designated hate group, has petitioned the Supreme Court to hear a case brought by several conversion therapists against the state of New Jersey.

The judge ruled in the case, King v. Christie, that the state can legally regulate licensed professionals.

She wrote that there would be “unimaginable and unintentional consequences” if courts decided that mental health professionals had a “free speech” right to do whatever they wanted with patients.

The appeals court upheld the decision in 2014, saying that the government can regulate professional speech, and the Supreme Court refused to hear the appeal.

Now Liberty Counsel has filed a petition for the Supreme Court to hear the case.

Even though the Supreme Court rejected their petition five years ago, Liberty Counsel believes that they might succeed now.

In 2018, the Supreme Court decided in NIFLA v. Becerra that California couldn’t force crisis pregnancy centers to give out information about abortion.

The decision said that there is no distinction between “professional speech” and other forms of speech that are protected by the First Amendment.

And Liberty Counsel may have a winning argument. Earlier this year, a federal court in Florida used that exact reasoning to overturn Tampa’s ban on conversion therapy.

Considering how the Supreme Court has moved to the right recently, with Brett Kavanaugh replacing Anthony Kennedy, it’s not certain that the conversion therapists will lose this time.

This guy co-owns an El Paso gay bar. So why is he posing for pics at a Trump rally?

LGBTQ youth are flooding the child welfare system, but they’re treated the worst