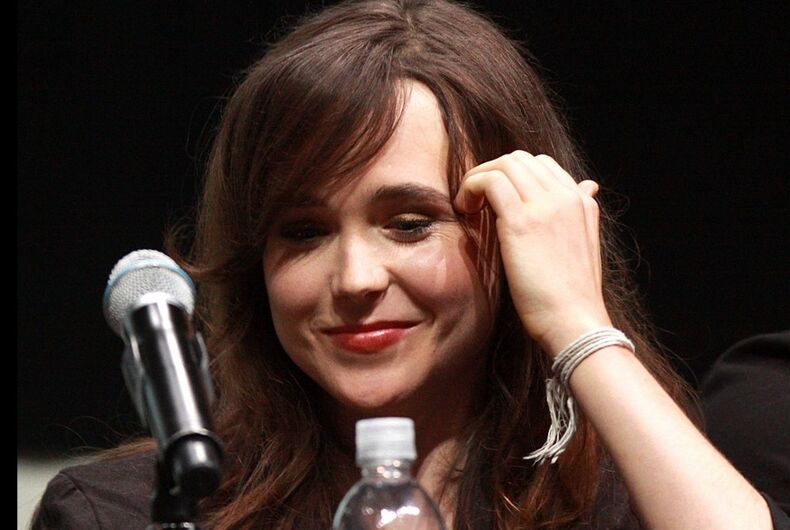 Actress Ellen Page talked with Net-a-Porter about how being closeted in the entertainment industry affected her.

Page, 32, has been acting on TV and film since she was ten-years-old. In 2014, she came out in a speech at an HRC conference, where she said that she’s “tired of hiding, I’m tired of lying by omission.”

“I was distinctly told, by people in the industry, when I started to become known: ‘People cannot know you’re gay,'” Page said.

“I remember being in my early 20s and really believing it was impossible for me to come out. But, over time, with more representation, hearts and minds have been changed. It doesn’t happen quickly enough and it hasn’t happened enough, particularly for the most marginalized in the community. But things have got better.”

She remembers how the media treated her when she was closeted, seeing speculation about her sexuality in headlines.

“I was 20, I had just fallen in love for the first time with a woman, and I was still navigating my own stuff, while people were writing articles headlined: ‘Ellen Page’s sexuality sweepstake.'”

“There was a tabloid magazine that I saw at every checkout, in every gas station, with a picture of me on the cover, and the question: ‘Is Ellen Page gay?’” she said.

“It was very detrimental to my mental health.”

She said that she eventually came out so that she could provide more visibility for LGBTQ people.

“But I felt, and I feel, a sense of responsibility,” she said. “I want to be able to help in any way I can, and I want to make queer content.”

She is now acting in a Netflix series Tales of the City, based on the book by Armistead Maupin.

The first same-sex marriage in the U.S. now officially happened in 1971