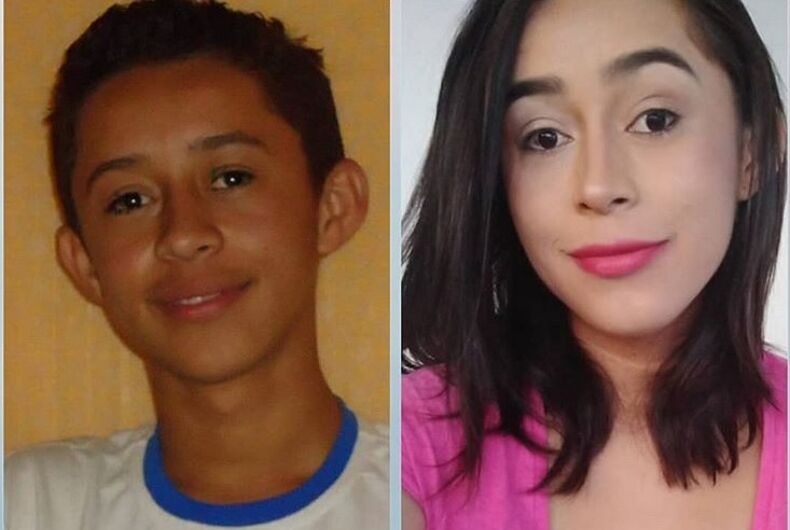 A photo challenge is blowing up social media, and transgender people have posted some amazing pictures for it.

While some trans people posted that they were uncomfortable sharing photos from before their transition, plenty jumped in with gusto.

A lot of the pictures are being posted with the tag #HowHardDidPubertyHitYou, and one trans man responded, “It hit me twice but the first time was wack.”

#HowHardDidPubertyHitYou ?
It hit me twice but the first time was wack 😅 pic.twitter.com/I561TSquGv

Another joked that after two puberties, “It’s basically cheating.”

Caitlyn Jenner jumped into the challenge too.

Now THAT is a #10YearChallenge Be authentic to yourself 💜

And for some transgender people, it was a chance to show off what living authentically has done for them.

I’m Jumping on the #10yearchallenge even though I can’t actually do the challenge correctly because I have zero photos of me from 10 years ago. 10 years ago I was 13 without social media. The photos that exist of me back then I’m unable to have because my parents have them. That’s ok though. The important thing is that I know how much I’ve developed and grown into the man I was destined to become. These challenges are fun and all, and are an awesome reminder of how far I’ve come…but remember changes and growth are far more than physical. That’s something social media forgets sometimes. Love you all ✌🏼 ❤️ . . . #ftm #transgender #transisbeautiful #femaletomale #lgbtpride #mensstyle #singer #boy #trans #instagood #transformation #lgbt #loveislove #musician #blueeyes #pride #nohate #selfie #instadaily #countryboy #fitness #bodytransformation #beforeandafter

Not much changed for the longest time, but now that I have been on testosterone for a bit over one year, I would say that I do actually see a subtle change…and paler.#2009vs2019 #trans pic.twitter.com/Ny670Dv3TJ

And one person reminded everyone that while some people have had radical changes in appearance, many people have not and that’s perfectly fine.

I would like to say to other #transpeople, who haven't radically changed the appearance since 2009: you are VALID, you are not any less trans and I am sending you good vibes.#trans #nonbinary #nonbinarytrans #transgender #transition #lqbtqia #2009vs2019 #2009vs2019challenge pic.twitter.com/bUTaVMkIkQ