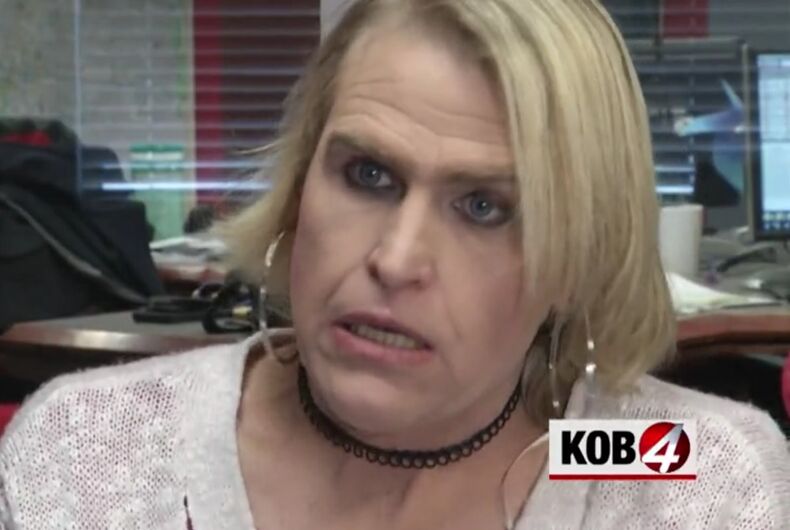 Several weeks ago, a video of a trangender woman exploding in anger after being repeatedly misgendered in a GameStop went viral. Now she’s speaking out.

Tiffany Moore was caught on a cell phone camera video that was posted to social media in late December. In the video, she is angry about being misgendered, shouts, curses and knocks over a display.

The video went viral and conservatives mocked her, insinuating that “real” women don’t get angry when mistreated.

What is what happens when you “misgender” someone… 🤣🤣 pic.twitter.com/TPlkQyp2DQ

Now Moore is speaking out about being misgendered. She said that the altercation started before the video, and that she was referred as sir “five or six times.”

Related: 3 in 5 people will deliberately misgender a trans person to show disrespect

The video was featured on dozens of rightwing websites and led to hateful memes that called Moore a “tranny.”

“What’s really sad is it’s bringing so many bigots out of the woodwork,” she told the local TV station KOB 4.

But she said that she doesn’t regret her reaction.

“I look back at it and if I could, I wouldn’t change a single thing,” she said.

And she said that she’s using her newfound internet fame to raise awareness about transphobia.

“We’re humans just like you,” Moore said. “We’re people just like you. We have kids. We have parents. We have brothers, sisters, aunts, uncles, cousins, we’re just trying to live.”

GameStop has put out a statement calling the incident “unfortunate” – and standing behind their employee.

“GameStop prides itself on having a very diverse workforce, many of whom are members of the transgender community,” the statement read. “We believe our associate acted professionally after mis-speaking by apologizing and remaining calm to de-escalate the situation.”

A retirement village refused a lesbian couple because of the Bible. It’s perfectly legal.