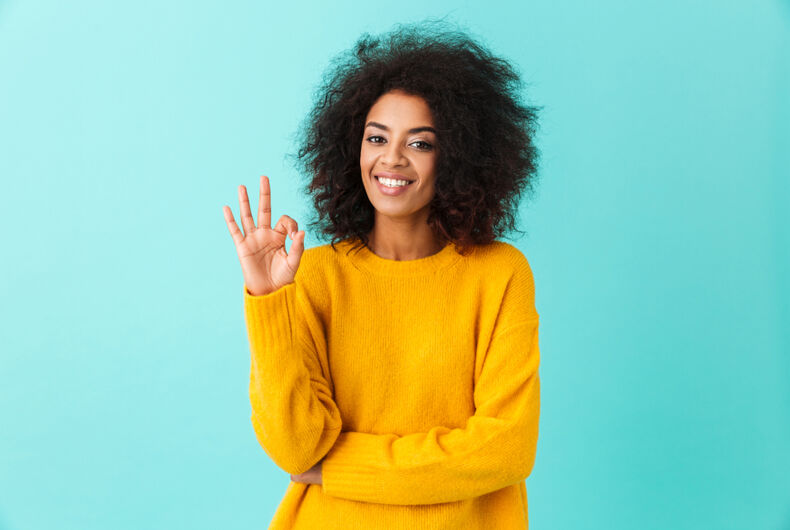 In November 2018, Chad Griffin, president of the Human Rights Campaign (HRC), announced his intention to step down after serving the organization for seven years.

As the search begins for someone new to head the world’s largest LGBTQ rights organization, the D.C.-area newspaper The Washington Blade has wondered if the HRC should try and find a woman or person of color to lead it.

The Washington Blade writes that the HRC will “play a crucial role in defending the LGBTQ community against the Trump administration’s attacks, pushing for the Equality Act in Congress and promoting a pro-LGBTQ presidential candidate in the 2020 election.”

As such, the publication floated the possibility that Kate Kendell, former head of the National Center for Lesbian Rights, or Nadine Smith, executive director of Equality Florida, might make great possible candidates. Kendell, however, said she had no interest in the position.

The need for greater diversity at the HRC would help repair its past reputation of excluding people of color and trans people.

An August 2018 report on outlooks of HRC employees revealed that many considered the HRC a “white men’s club” whose leadership regularly excludes women and trans people. They also said the HRC leadership “smothers and pushes away” diverse voices and “is judgmental of all those who don’t fit that mold.”

Despite these complaints, 75 percent of HRC employees called it a good place to work. Many felt an update and better enforcement of its diversity policies would resolve its internal issues.

Following the release of the report, Griffin said in a public statement:

Diversity and inclusion work is never an end, it’s always a journey and while it’s clear that we have a long way to go on that journey as an organization — and as a movement — the important and indisputable facts are that we realized the need for change, that we have done a significant amount of self-examination and reflection, and that we have put plans in place that are resulting in positive changes.

The search for a new president will reportedly take the HRC several months.