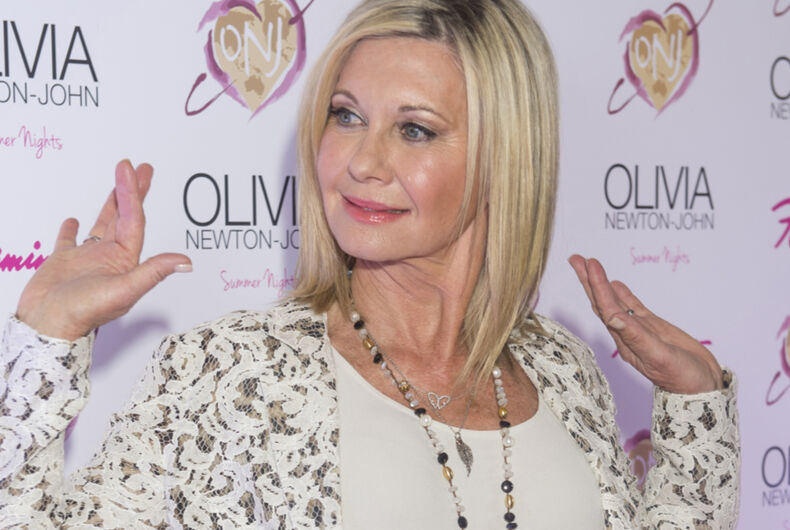 Olivia Newton-John has a message for you. She wants you to know she isn’t dead.

After rumors swirled on the internet that Newton-John was on her deathbed, she took to social media to reassure her fans that she was still alive and kicking.

“I just want to say that the rumors of my death have been greatly exaggerated, to quote a very famous quote,” the hit singer said in a video posted to her Facebook and Twitter. “I’m doing great and I want to wish all of you the happiest, healthiest 2019 that’s possible.”

Newton-John recently revealed that she was battling metastatic breast cancer that has spread to her back. It is the third time she will have fought breast cancer.

Newton-John thanked fans for their “wonderful love and support for me and for my Olivia Newton-John Cancer Wellness Center in Melbourne, Australia.”