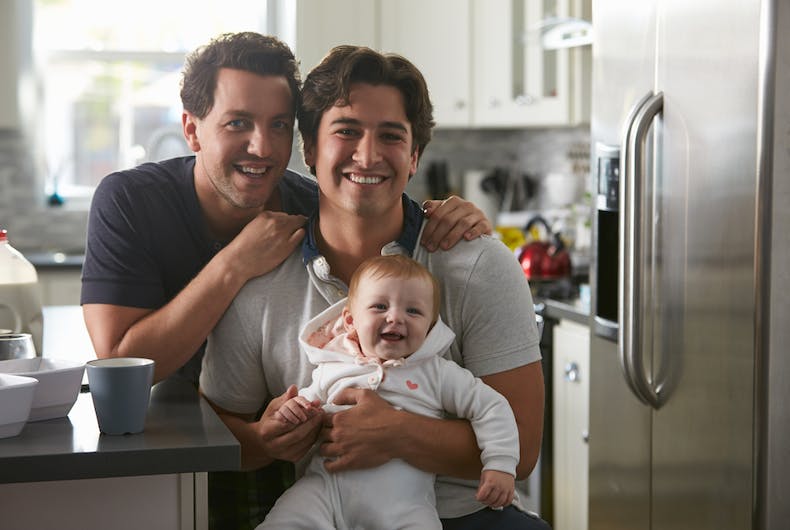 New York has made it easier for fathers to care for their infants in public. And it will help gay and single fathers the most.

A new law went into effect on January 1 that requires all new and renovated buildings with public bathrooms to have changing tables in both men’s and women’s restrooms.

In October a photo of a father changing his baby while squatting on a public restroom floor went viral as other fathers described their challenges finding a place where they could care for their children. It spawned the social media campaign #squatforchange.

“Eighty percent of the conversation was, we need father equality,” the father, Donte Palmer, told the New York Times.

Since gay dads can’t enter women’s bathrooms, the lack of changing facilities hits them and single fathers the hardest. They have no other option than resorting to workarounds like Palmer used to change his son’s diaper.

17 percent of stay-at-home parents are fathers according to a 2018 Pew Research study of U.S. census data.