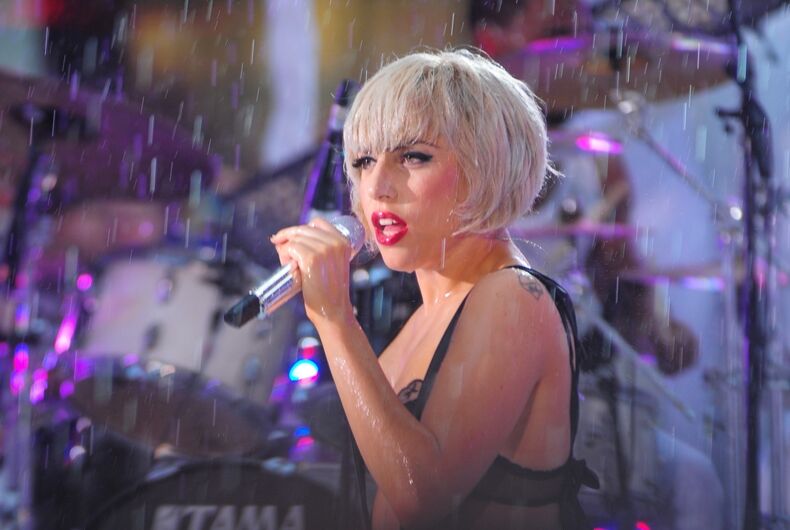 Vice President Pence is angry about the criticism over his wife’s new teaching role at a Christian school that bans LGBTQ staff and students.

“My wife and I have been in the public eye for quite a while. We’re used to the criticism,” said Pence said in an interview with Eternal Word Television Network, a Catholic-based, basic-cable outlet. “But I have to tell you, to see major news organizations attacking Christian education, is deeply offensive to us.”

Now the president has been called out by one more person: Lady Gaga.

The singer, who was just nominated for best actress and best original song in the upcoming Academy Awards, was performing during her “Enigma” show in Las Vegas this Saturday.

We need more people like Gaga to not be afraid and to speak up. What she says here, thank you for using your voice @ladygaga #ENIGMA ❤️🧡💛💚💙💜💖🖤 pic.twitter.com/kPmJim1VUp

While singing towards the end of her set, she paused, first addressing the government shutdown, by saying, “If the f**king President of the United States could please put our government back in business. There are people who live paycheck to paycheck and need their money.”

She then turned her sights on the vice president and his wife’s new position, saying, “To Mike Pence who thinks it’s acceptable that his wife works at a school that bans LGBTQ. You are wrong,”

“You said you should not discriminate against Christianity,” she added. “You are the worst representation of what it means to be a Christian. I am a Christian woman, and what I do know about Christianity is that we bear no prejudice and everybody is welcome.”

The crowd went wild, as she finished up with one more thing.

“So, you can take all that disgrace, Mr. Pence, and look yourself in the mirror and you’ll find it right there,” she concluded, going back to performing and finishing the show.