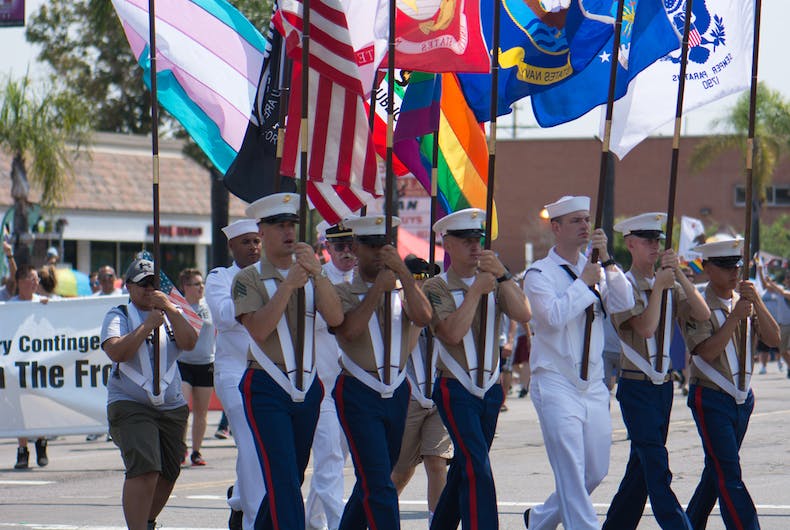 A shockingly low number of active duty troops and veterans support the right of transgender troops to serve their country.

Smithsonian magazine, along with Defense Department publication Stars and Stripes and George Mason University, polled 1,031 current and former servicemembers to get their opinion on a slew of military-related topics.

The military, which skews conservative, split with Trump on his war on immigrants. While 65 percent backed his decision to send troops to the border, the majority was unhappy with his efforts to deport noncitizen servicemembers and their families.

But when it came to trans troops in the armed forces, only 39 percent supported their right to serve. As with support for gay and lesbian rights, the younger the respondent, the more likely they were to support diversity. More than 50 percent of millennials and females supported their trans siblings.

The older the respondent, the less likely they were to support transgender troops.

More than 80 percent agreed that the military occupation of Afghanistan and Iraq has “been going on too long.”