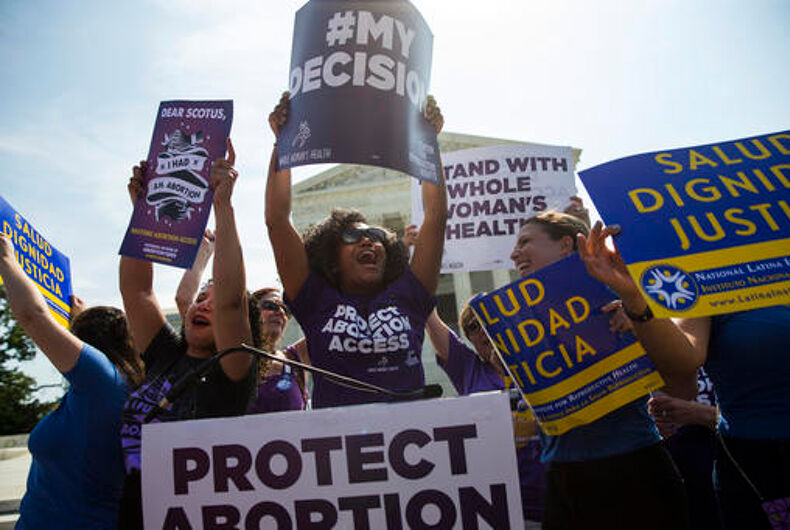 FILE - June 27, 2016 file photo pro-abortion rights activists celebrate during a rally at the Supreme Court in Washington. The tens of thousands of women flocking to Washington for a march on the day after Donald Trump's inauguration come packing a multitude of agendas, including LGBTQ equality.Photo: AP Photo/Evan Vucci, File

Sociologist Meredith Worthen has published a study in the journal, Sexuality Research and Social Policy, on sexuality and gender gaps in political perspectives among southern college students.

In this study, liberal refers to liberal ideology, feminist identity and attitudes toward the death penalty and abortion.

Social justice was found to be more important to lesbian, gay and bisexual people than those who were exclusively heterosexual.

The study did uncover interesting truths about bisexual people. A stereotype exists in society that bisexual people are more conservative than gay and lesbian people. The stereotype isn’t entirely wrong, but isn’t completely right either.

For instance, the study showed that gay men were less likely to support the death penalty than bisexual men. However, the study provided evidence that bisexual and lesbian women are the most liberal minded people of all surveyed.

In her study Worthen wrote, “Overall, liberal social justice perspectives may be particularly common among LGB people as a group and perhaps especially among lesbian and bisexual women due to their multiple oppressed identities and unique experiences with stigma and discrimination.

“These patterns may lead to liberal LGB political leanings and may also contribute to significant sexuality and gender gaps in political perspectives.”

Have generic drug manufacturers been conspiring to charge you more money?