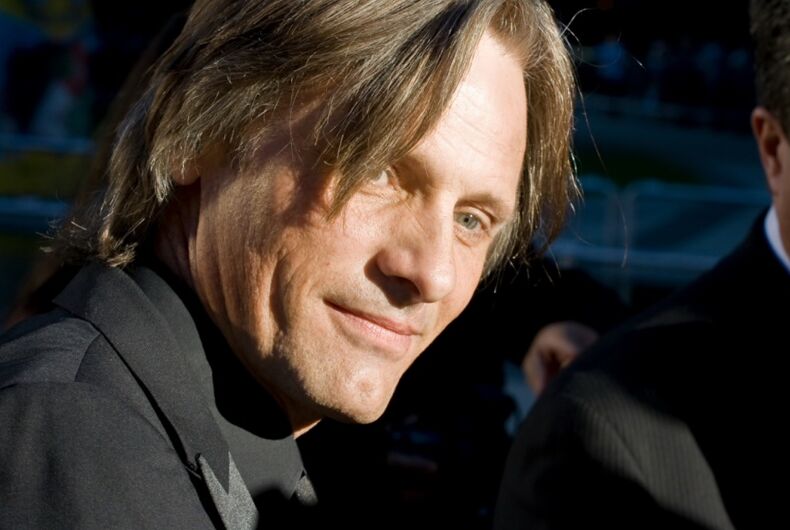 A judge in New York is resigning after he allegedly told a lawyer to perform oral sex on Viggo Mortensen.

The odd story started in January, when Judge John Hallett was presiding over a case that involved a lawyer who was involved in a film festival honoring Mortensen.

Hallett allegedly said that the festival was “about the gayest thing I have ever heard.”

He was also accused of telling the lawyer: “You and Viggo Mortensen should get a hotel room and suck each other’s dicks.”

According to a complaint filed with the New York State Commission on Judicial Conduct, Hallett brought up the insult again five months later.

When he was talking to the same lawyer, he allegedly made a gesture with his hand and mouth that suggested oral sex, patted the lawyer on the cheek, and said, “There, there little boy.”

The Commission opened an investigation. While it hasn’t ruled yet, Hallett is resigning at the end of the month.

Mortensen, 60, has appeared in a number of films, including The Indian Runner, G.I. Jane, and 28 Days.