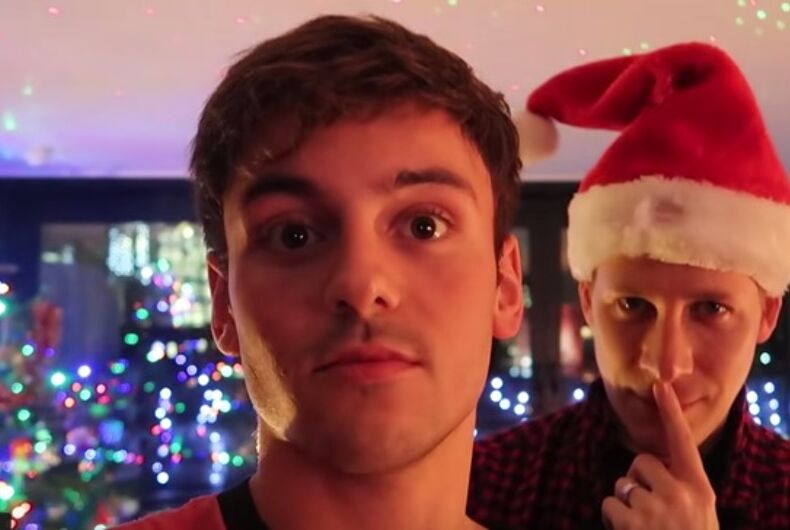 The domestic, silly, and tender video documents the couple and their new son, Robbie, as the family prepares for Christmas. Black and Daley became parents in earlier this year.

The gay icons were subject to enormous criticisms from the right wing media following their announcement that they’d be having a child.

Daily Mail columnist Richard Littlejohn caused homophobic commotion by releasing a piece titled “Please Don’t Pretend that Two Dads is the New Normal.” In it, Littlejohn asked, “Is Daley or his husband the father? Was it Bill, or was it Ben? Or neither of them? More pertinently, never mind, Who’s The Daddy? Who’s The Mummy?”

In the face of harsh disapproval, the two seem to offer each other and Robbie nothing but love.

Their video is a wonderful reminder of what the Christmas season is really all about: family.