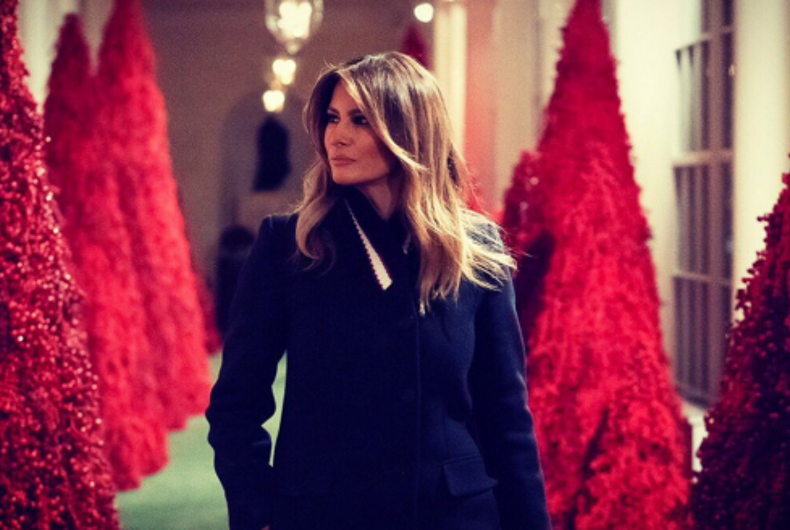 After all, with her husband offering up nonstop slurs and putdowns on Twitter for years, maybe her Christmas wish is that his heart will grow three sizes.

But the trees were the star of the mockery as social media users pointed out the similarities to other facets of the Trump presidency.

The most commonly recognized similarity was to the Handmaid’s Tale. Maybe Mike Pence had a say in the holiday theme.

Someone did this to Melania Trump’s creepy Christmas trees, and it’s all I’ve ever wanted today. pic.twitter.com/MwigcZxswR

Others saw stupid muppets. Maybe those are actually Cabinet members and not trees?

And, with the ghost of America’s former glory haunting the White House, maybe some Stanley Kubrick is appropriate. After all, it continues the theme from last year.

There, now I have a complete collection. pic.twitter.com/iZH5GoeBKi

This Facebook users has a complete collection, but the air freshener riff may be the best one.

Happy Holidays, from The White House

It’s #GivingTuesday. Here are some of our picks for where to donate.

He came out to 1500 people at his Catholic school’s assembly. The reaction was priceless.