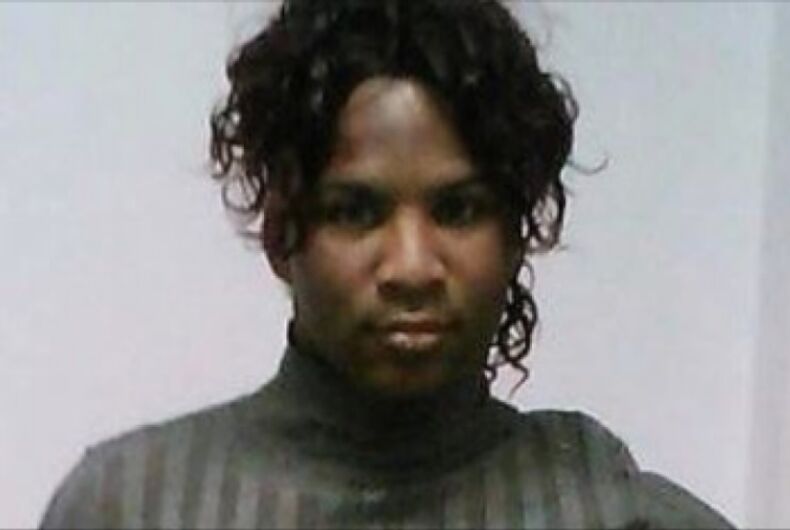 A transgender woman in prison in Illinois won a court victory after she said she was treated like a “sex slave” in a men’s facility.

Strawberry Hampton sued the Illinois Department of Corrections several times to get transferred to a women’s facility.

Over the past two years, Hampton has been housed in four different men’s prisons. She says that she was the victim of sexual assault, both by other inmates and by guards.

Court documents show that she said that an officer pulled down her pants once. She was forced to have phone sex with another, and other officers made her have sex with her cellmate while they watched.

She was told to stay or the officers would “make their bodies disappear.”

Hampton said that she was threatened with violence by inmates if she said what they did.

“A review of Hampton’s full mental health and disciplinary history in the context of her substantiated… complaints and grievances may lead the [Department’s Transgender Care Review Committee] itself to conclude that Hampton is safest in a woman’s prison,” Rosenstengel wrote. “If not, the Court can revisit the issue after the Constitutional issues have been decided at trial.”

The judge also ruled that Hampton must be allowed to attend a transgender support group at the prison. She is currently not allowed to.

She mandated that the Illinois Department of Corrections develop training for staff on transgender issues.

“This is an important step, not only for Strawberry but, in general, for transgender women imprisoned across the nation,” said Vanessa del Valle, Hampton’s lawyer.

Hampton is serving a 10-year sentence for burglary.

A gay couple was brutally attacked in the subway. Now other victims have come forward.

Hate crimes are surging under the Trump presidency. Maybe there’s a reason.