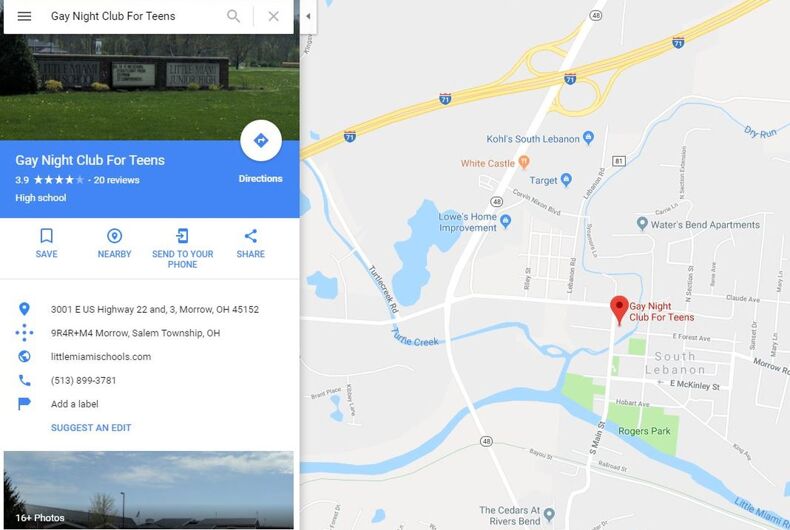 Someone changed the description of an Ohio school on Google to say it’s a “gay nightclub for teens.”

On Thursday, people searching for Little Miami High School on Google would not have seen that it was a school.

School officials said that when the change – which they are calling a “hack” – was brought to their attention, they contacted Google to fix it.

A spokesperson for Little Miami Local Schools said that they believe someone inside the school changed the description.

“It appears that this activity occurred using the school network, which is traceable. When the student or students who are responsible are identified, they could face disciplinary consequences for violating our acceptable use policy,” she said.

The school hasn’t said how this happened. It’s possible that the school was “unclaimed” and the students claimed it in Google. Google also allows anyone to suggest an edit to the name or category of a location.

Little Miami Local Schools posted about the incident on Facebook.

Early this morning, we were notified that someone had hacked the Google profile of Little Miami High School. When users…