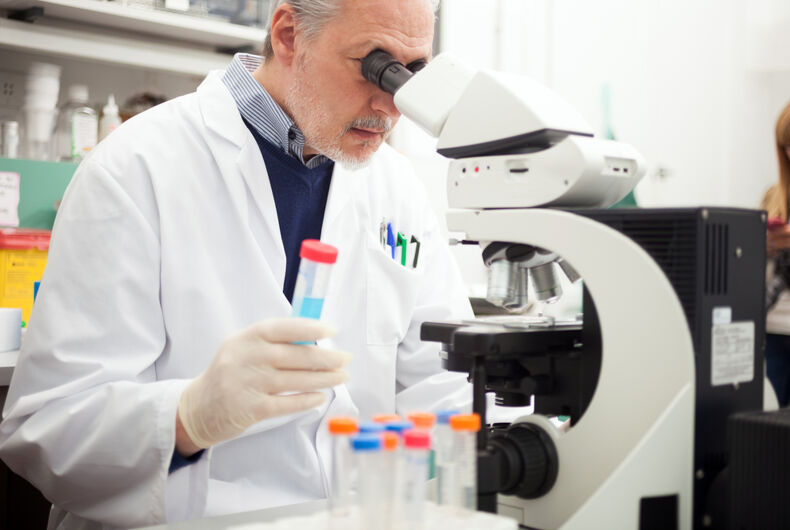 Yesterday, LGBTQ Nation published an article about Gammora, a drug that an Israeli biotechnology firm is working on that they touted as a “potential cure” for HIV. Several media outlets worldwide also reported the story.

But some scientists are saying the story is likely fake news. And now the company behind the drug is backing off their claims.

The article was based on information from Zion Medical, which said that a clinical trial of the drug was conducted in Uganda.

Related: 2 new HIV medications were just approved by the FDA

The study wasn’t peer-reviewed and a press release claims that there were no side effects to the treatment.

“The HIV world has seen quackery in different forms for decades – sadly this smacks of more of it,” said Dr. Francois Venter, Deputy Executive Director of the Wits Reproductive Health and HIV Institute at the University of the Witwatersrand.

He cited the “over-the-top biological claims that appear in public before the formal literature” and said the press release “should be viewed with deep skepticism.”

“I looked at the press report and the unsophisticated company website, and even if you believe their claims, they are many years away from testing them.”

Someone who is not taking any treatment will probably have a viral load in the order of 10,000 to 100,000 copies/mL. According to CATIE, an HIV and hepatitis C information resource sponsored by the Public Health Agency of Canada, high adherence to antiretroviral treatment can lower most people’s viral load to an undetectable level, which is below 40 to 50 copies/mL.

That is already a 99% reduction in viral load, even if the person taking the treatment started with a low viral load of 10,000 copies/mL.

While that’s a big drop in viral load, it’s not the same thing as a complete elimination of the virus. Viruses hijack cells’ internal machinery to reproduce, but they can also integrate their genetic material into a cell’s DNA and wait.

These cells are called a “latent HIV reservoir,” and they can become active at any time.

So if someone stops taking antiretroviral treatment, their viral load is likely to go back up. And Gammora, for all its promises, doesn’t show that it can do anything about that.

Even if Zion’s press release were 100% true, it only showed a banal result in a study of nine people.