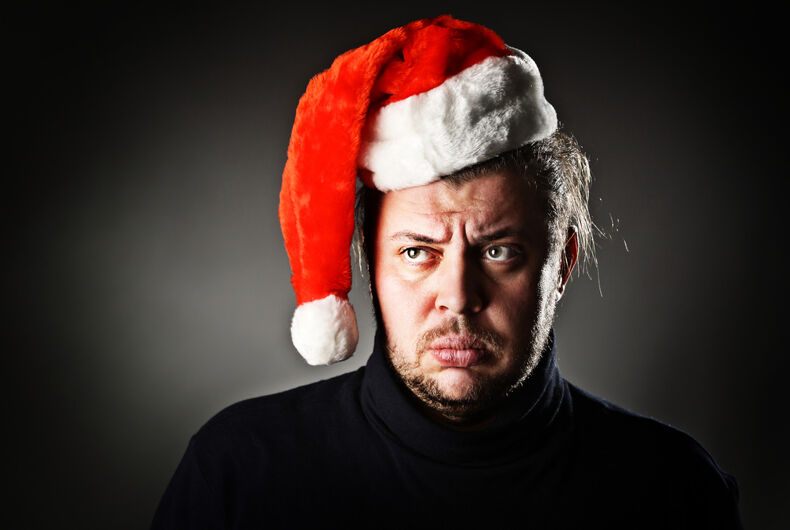 Ever year the religious right boycotts various companies for Christmas because Jesus wouldn’t shop at a store that doesn’t advertise Christmas sales or something.

Now two anti-LGBTQ hate groups have issued their yearly “naughty or nice” list (despite Santa’s absence from the Bible) and the reasons they’ve targeted some companies is just as laughable.

The American Family Association (AFA) took aim at Target in a recent email blast to supporters, claiming the retailer “is hoping you won’t care that they allow men into women’s bathrooms and changing rooms and will do your Christmas shopping with them.”

Related: Did Starbucks put a lesbian couple holding hands on its Christmas cup?

“Any company as large as Target can withstand a short-term loss of sales. That’s where Christmas shoppers come in,” the group wrote. “Target is banking on this Christmas season to turn a huge profit for 2018.”

AFA has been boycotting Target for years now. The company’s sales and stock prices have increased since the boycott launched.

Liberty Council, another anti-LGBTQ hate group that masquerades as a legal firm, also included Target on their naughty list, but omits transgender people from their reasoning. Instead, they take the retailer to task for not mentioning Christmas enough on their website (because they do) and telling shoppers to “pack your season full of merry.”

“Christmas is mentioned, but it is not the main focus,” they write seemingly oblivious to Jewish shoppers despite their nonstop blathering about how much they support Israel.

Other stores making Liberty Council’s list include Barnes & Noble (“Although this store sells Christian products, this bookstore has lost focus on the Reason for the season!”), Burlington Coat Factory, (“severe lack of Christmas advertising with biblical meaning”), and Lord & Taylor (“reindeers and Santas hide the love of the Nativity”).