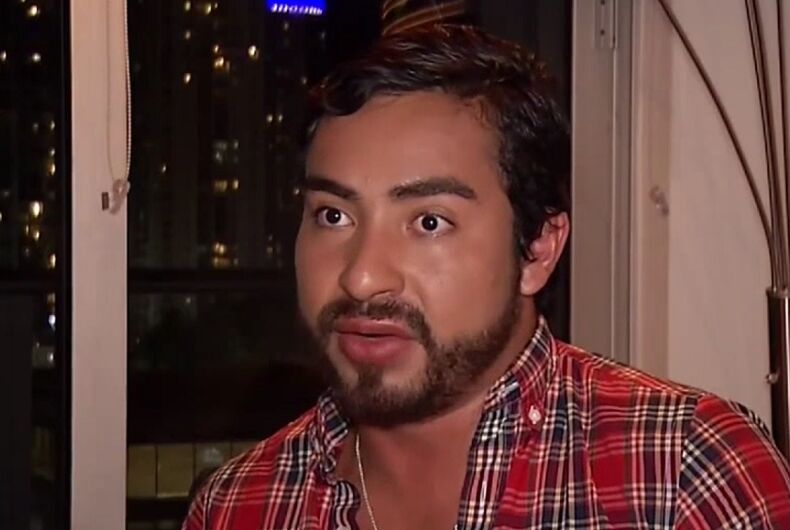 A gay man in Florida said that he feared for his life when a Lyft driver pulled a gun on him.

“What happened if it was another person? Or what would happen if right now I would be dead?” Andres Berreondo said after what he said was a violent attack by a Lyft driver.

Berreondo said that he called a Lyft yesterday afternoon to visit a family friend. He put two large packages in the back and rode in the front passenger seat.

“I can tell he was with an attitude, and even from the beginning with this bad energy,” Berreondo said.

He said that the driver wasn’t following the GPS, but when he pointed it out the driver snapped and shouted homophobic slurs.

The driver the pulled out a gun and said, “I want to kill everyone that is gay.”

Berreondo said that he was in tears, and he called 911.

After about 10 minutes, the driver pulled over.

“I start getting scared and somehow he stops. He pulled me out like that and kicked me in the leg, I get out of the car.”

Lyft said in a statement that “safety of our community is Lyft’s top priority, and the behavior described here is unacceptable.”

The car-share company said that the driver has been “permanently deactivated” and that they’re working with authorities to investigate the incident.

Evangelicals are boycotting these stores for Christmas to celebrate Jesus’ birth