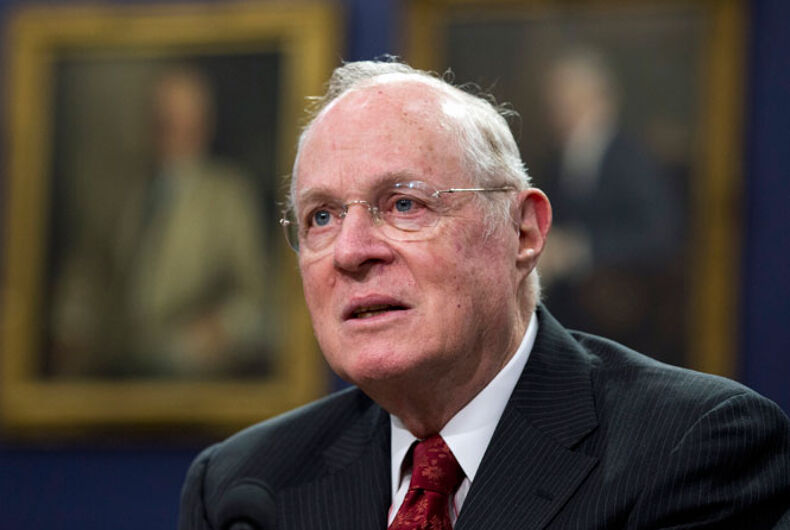 Former Supreme Court justice Anthony Kennedy said his decision to rule in favor of marriage equality even surprised himself. So what prompted his decision? Children.

In an interview with Bloomberg, Kennedy said he struggled with the issue before deciding to rule in favor of allowing same-sex couples to legally wed nationwide. In the end, Kennedy wrote the poignant decision that ended discrimination against gay and lesbian couples.

Asked if his decision surprised his conservative supporters and if he was proud of the decision, Kennedy answered bluntly.

“In a sense, it surprised me,” he said. “Because of my religious beliefs. That’s why I wrote it. It seemed to me I couldn’t hide.”

“The nature of injustice is that you can’t see it in your own time. As we thought about this and I thought about it more and more, it just seemed to me, you know, wrong under the constitution to say that over 100,000 adopted children of gay parents couldn’t have their parents married. I just thought that this was wrong.”

“I struggled with it,” Kennedy continued. “I wrote the decision over a weekend, and that’s the way I came out. As you write the reasons either compel themselves or not.”

What is going on with the Women’s March & why does it matter to LGBTQ people?