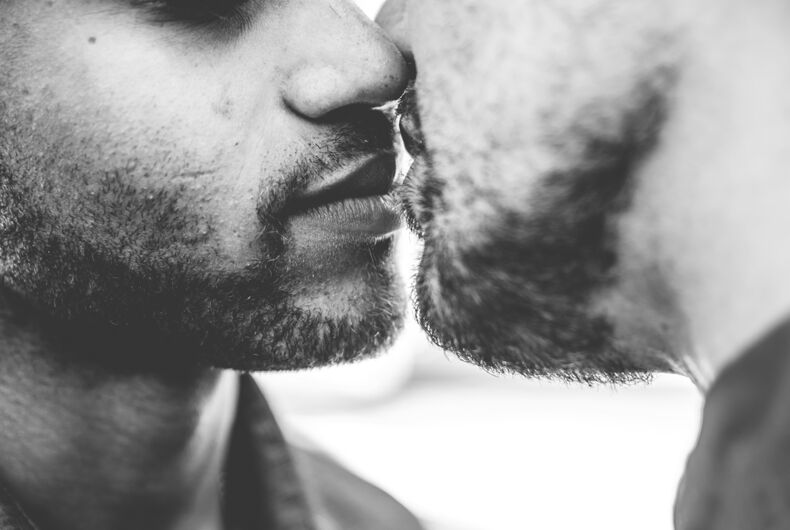 A high number of straight male college students have reported kissing other men, with 10% kissing them on the lips, according to a study published in Sexuality & Culture.

“I kiss him because I love him,” said one survey subject. “I’m not attracted to him like that, but I do love him.”

Another who was surveyed, when asked who deserves to be kissed, said, “I guess, just my really close friends, the guys I’m closest to.”

Those who were part of fraternities or involved in sports with other men were shown to be more likely to have also kissed another man. Fewer than half of the respondents were involved in both or either of these pursuits.

Alcohol use also played a part in a few of these cases, but was not a constant.

Authored by Eric Anderson, Matthew Ripley, and Mark McCormack, researchers surveyed 442 heterosexual identified men at a total of 11 universities. Additionally, they did in-depth interviews with 75 college students at the same universities.

Nearly half of these men also indicated they had either “somewhat” or “entirely positive” attitudes towards gay men; with 80% of them saying that they had at least one gay friend.

Conversely, just five of those who did not kiss other men didn’t do so because they associated it with homosexuality.

The research shows a change in contemporary attitudes towards kissing between men, showing that many are seeing it as something positive that can be done with other men while still maintaining a straight identity.