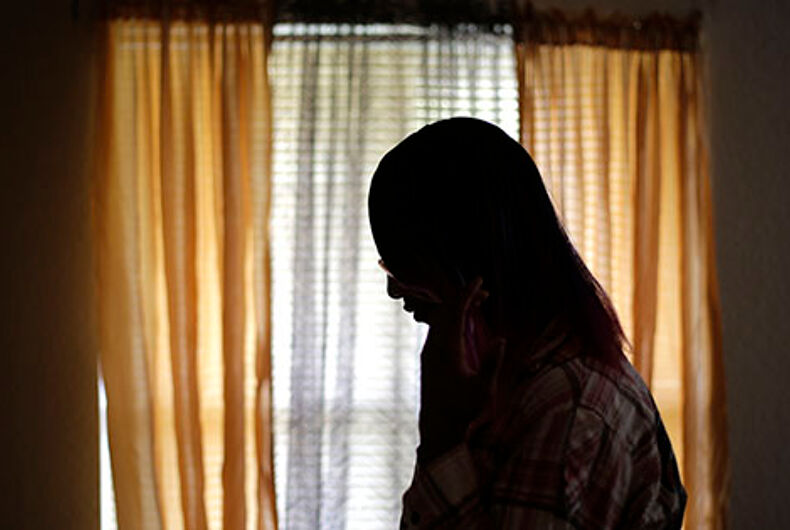 Once they discovered that she was in a lesbian relationship, the parents 17-year-old from Pavona, Italy locked her in her room for roughly a year.

“The girl lived in a climate of continuous violence and was kidnapped in the house, where the family did not let her out. In addition, when the parents remained alone at home, they locked the door with her inside,” reads a translated press release from Portavoce Gay Center spokesperson Fabrizio Marrazzo.

The girl escaped from her family, contacting the organization’s Gay Help Line for assistance.

It wasn’t her first escape attempt, however. The first time she managed to escape her parents, she went to local law enforcement, which, rather than protecting the girl, returned her to her family who was holding her captive.

Now, with the assistance of the Portavoce Gay Center and OSCAD (Police and Carabinieri Observatory against discrimination), she has been removed from her parents and placed in a safe environment.

“Now the girl is in a protected structure for minors and we are helping her to rebuild her life, making her resume her studies that she had forcibly abandoned,” said Marrazzo.

Marrazzo added, “What happened is very serious. It is important to approve as soon as possible a law against homotransphobia, which also provides training for public personnel to avoid incidents of discrimination and prejudice even by public officials as happened to the young woman.”

“If a law against homotransphobia will not be approved, we will invite the trade unions and the lesbian, gay, bisexual, and transsexual community to make a general workers’ strike on May 17, on the occasion of World Day against Homophobia in support of the request of the law,” concluded Marrazzo.