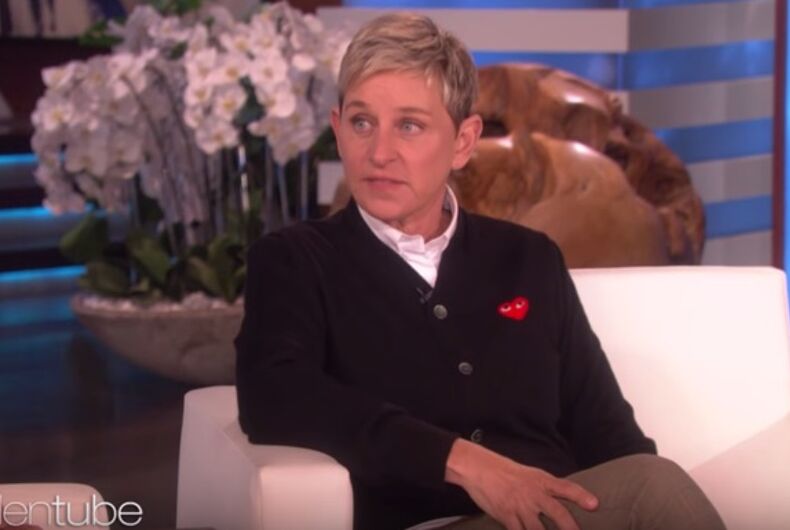 Ellen DeGeneres sat down with comedic actress Busy Philipps to talk about her new book, This Will Only Hurt A Little, and the two women opened up about and shared what it is like to be a survivor of sexual assault.

Philipps said the Kavanaugh hearing has motivated her to speak out since the autobiographical book includes a mention of the assault.

Ellen shared that she was 15 when she was assaulted and how infuriated the Kavanaugh hearings made her.

“We’re taught not to say anything and to go along with it,” Ellen said. “God knows how many people in this audience have had something happen to them.”

She asks audience members to raise their hands if they’ve been assaulted and then quickly realized some people might not be comfortable acknowledging their pain in front of strangers or on television.

“I’m sure some people don’t want to raise their hands,” she said.

“I don’t know that I would have until…,” Philipps responded. “I just struggled with it for so long.”