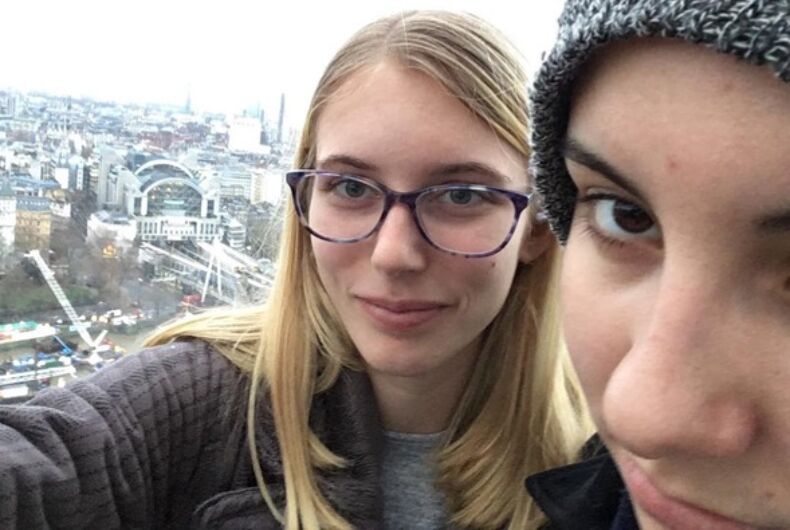 Cecilia McBride and Story Dornsife want to be royalty at Stephen F. Austin High School — but to do it, the school has had to change homecoming.

“Because a king has to be male and a queen has to be female, it’s impossible for a gay couple to win. I basically told them right away, this isn’t okay. I was almost in tears, I was furious, she added.”

In response, McBride suggested she run for homecoming king, but the school rejected the idea.

Dornsife and McBride as well as another lesbian couple who had been nominated, Daniela Camacho and Anevay Pena, took their request to the school’s principal, Amy Taylor.

With the principal on their side, a new homecoming policy was crafted, and gendered terms like “king,” “queen,” and “princess” were discarded, replaced with a gender-neutral slate of “homecoming royalty.”

Not everyone is taking the change in stride, of course, with a local organization, Texas Values, speaking out about the need to keep this high school tradition.

“It’s sad that a long-held tradition of simply honoring a girl and a boy for homecoming has been dethroned for the sake of political correctness,” said the organization in a statement.

The school will host homecoming on the 11th of October, and we will see which lucky couple wins their crowns.

A CBS vice president questioned Stephen Colbert’s sexuality. Now he may be out of a job.

Ellen DeGeneres opens up about being a survivor of sexual assault