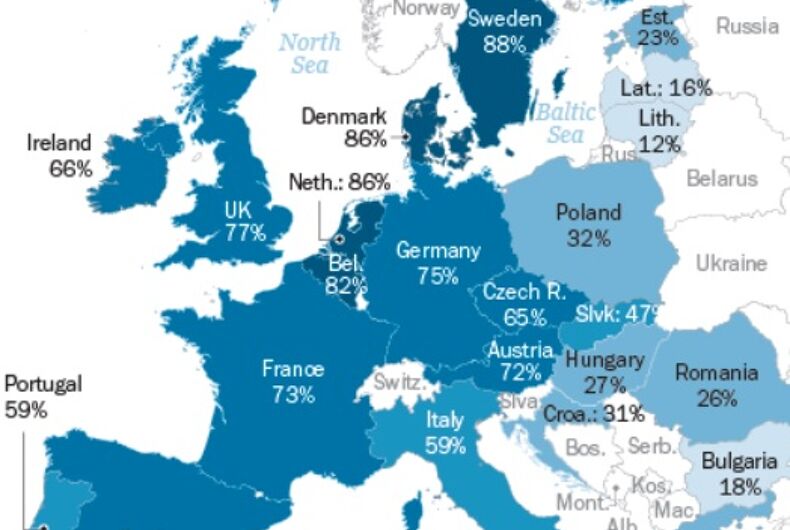 Legislation for marriage equality will be considered this week in the Czech Republic.

The first reading of an amendment to the civil code is set for Wednesday in the Chamber of Deputies, for the first time in the history of the country.

The Czech Republic has offered same-sex couples civil unions for over a decade.

“Despite the fact that the Czech Republic has recognized registered partnership since 2006, full equality for same-sex couples is still missing. This gap in legislation not only affects the couples but their families and relatives as well,” said a spokesperson for We Are Fair campaign for marriage equality.

If the amendment passes, the Czech Republic – which was part of Czechoslovakia until 1993 – would be the first former Eastern Bloc country to recognize marriage equality.