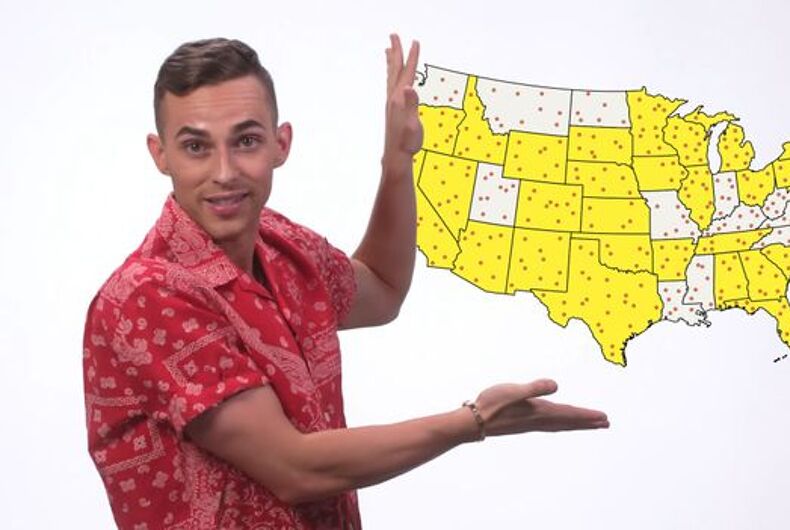 Adam Rippon wants you to get out and vote in the upcoming election.Photo: Screenshot

America’s self-described sweetheart, Adam Rippon, has teamed up with MTV News to tell you why the upcoming midterm elections are so vitally important to the LGBTQ community.

Election Day is in three weeks – November 6 – and with every House seat up for grabs (not mention scads of Senate seats) America has a chance to stop the Trump agenda dead in its tracks. By electing Democrats, we can put the brakes on the Republican rubber stamp on his attacks on civil rights.

And since a lot of this administration’s policies have focused on hurting people of color, immigrants, transgender people, gay couples, women, and, well, just about anyone who isn’t a straight white cisgender male, now’s not the time to sit idly by. More than likely, you’re in one of those groups.

But if you don’t believe us, believe Adam Rippon.

Election 2020
Adam Rippon, get out the vote

Before a blue wave, why do these Democrats want voters to forget that they’re Democrats?