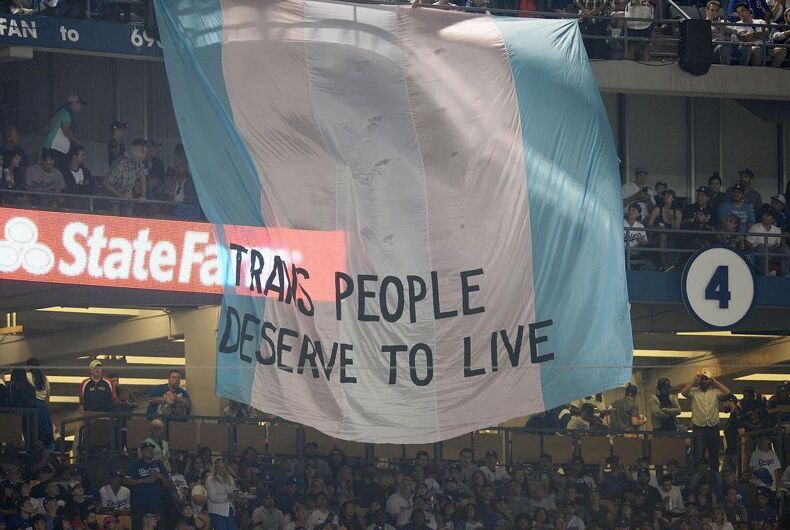 Activists from the TransLatin@ Coalition unfurled this huge banner during the final game of the World Series last night.Photo: Twitter/Maria Roman

The Red Sox may have won the World Series last night, but trans activists stole the fifth inning.

Activists from the TransLatin@ Coalition unfurled a mammoth banner from the upper deck of Dodger Stadium that read “Trans people deserve to live” on a background of the trans flag.

Maria Roman and Bamby Salcedo dropped the huge banner they smuggled into the stadium as a protest of the Trump administration’s nonstop attacks on the civil rights of transgender people.

SB Nation reports that the banner stayed up for several minutes before being removed.

The banner just unfurled at Dodger Stadium down the left-field line. pic.twitter.com/l1eZTwDHao

This drag queen broke character & it brought the audience to tears