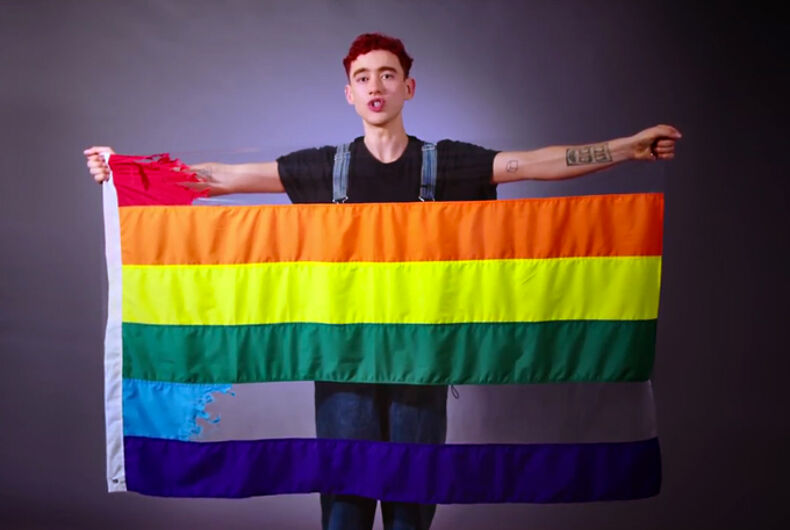 Two in six LGBTQ youth are at risk of suicide, which led to a video featuring Olly Alexander from the group Years & Years to speak out, holding a pride flag with two stripes ripped away, unveiled today.

According to The Trevor Project, suicide remains the 2nd leading cause of death among 10-24 year olds, with lesbian, gay, and bisexual youth contemplating suicide at nearly three times the rate of straight youth.

Among transgender people, a study published in the Indian Journal of Psychological Medicine showed that the rate of attempted suicide is anywhere from 32% to 50% across all countries, largely due to stress factors around a lack of acceptance, harassment, and bullying.

If you or someone you know is struggling with feelings of suicide, please consider reaching out. Here are some places you can call for help.

Every one of us deserves to live, and has value. Please stay safe.