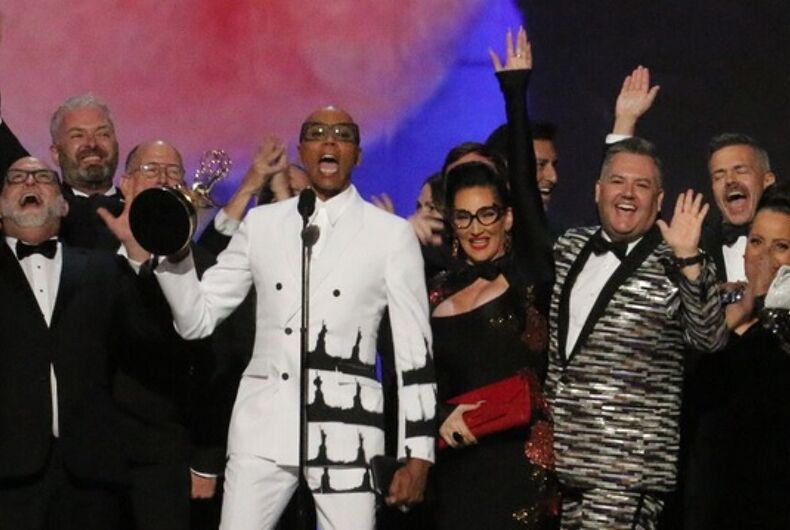 RuPaul’s Drag Race took home the Emmy for Outstanding Reality Competition Program for the first time in the show’s history.

Ryan Murphy also won the Emmy for Directing for a Limited Series for his work on Gianni Versace, which he dedicated to LGBTQ hate crime victims.

“One out of every four LGBTQ people in this country will be a victim of a hate crime. We dedicate this award to them,” he said.

Ryan Murphy dedicated his limited series #Emmys win to 'all of those taken too soon' https://t.co/jVetK3G9RF pic.twitter.com/p8jReDiKhN

Merritt Wever won the Emmy for Outstanding Supporting Actress in the role of Mary Agnes McNue on Godless. Her character is in a relationship with another woman.

At last week’s Creative Arts Emmys, Samira Wiley won Outstanding Guest Actress in a Drama for her work on The Handmaid’s Tail and Queer Eye won the Emmy for Structured Reality Program