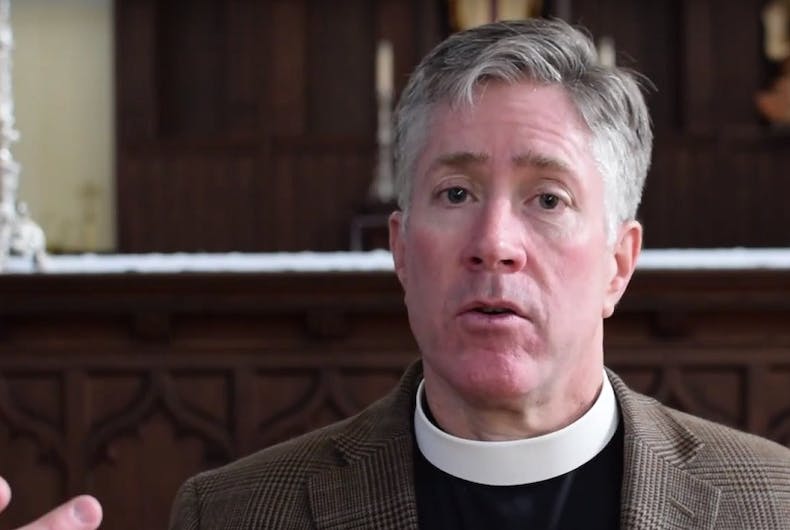 An anti-gay Anglican minister in Florida resigned last week after admitting to sexual harassment and “undesired physical displays of affection.” Dudley is married and the father of three.

Father Eric Dudley is the founder of St. Peter’s Anglican Church in Tallahassee and was the leader of that church until he resigned.

In a letter sent to parishioners by the Bishop Neil G. Lebhar of the Gulf Atlantic Diocese, complaints were brought against Dudley and an inquiry was launched by senior priests.

“Father Dudley admitted to inappropriate treatment of others, abuse of alcohol, and anger issues,” Lebhar wrote. “The complaints included patterns of undesired physical displays of affection which were deeply damaging to others and contrary to diocesan harassment policy.”

Related: Pastor who said Pulse victims got ‘what they deserve’ was molesting young teens

Lebhar did not describe Dudley’s actions in detail, instead asking that people “please refrain from speculation and gossip which can only add to the pain and damage from this situation.”

He added that Dudley and his family needed “longterm therapy and healing.”

Dudley was a pastor at St. John’s Episcopal Church for ten years, until in 2005 he split with the Episcopalians over their increasingly pro-LGBTQ stances.

In 2004, when Gene Robinson, a gay man, became the bishop of the diocese of New Hampshire, many conservative Anglicans broke with the Episcopal Church. The church Dudley founded after he left the Episcopalians was associated with the Anglican Church of Uganda.

His opposition to LGBTQ equality didn’t stop there. In 2015, he wrote an editorial criticizing the Supreme Court’s Obergefell decision, which expanded marriage equality to all 50 states. He said the decision was a “tragic event.”

In a sermon, he was more direct, calling the decision “shocking, sad [and] infuriating” and said it was the result of a “well-oiled political scheme involving the media and Hollywood” that caused people to accept bisexuality, polyamory, and identification as “any gender.”

Dudley has not spoken publicly about his resignation.